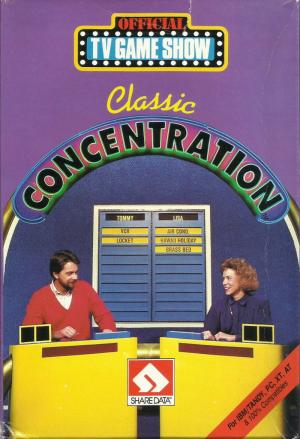 In this wonderfully original game, the goal is to solve the rebus that lies beneath 30 numbered panels (a rebus is a puzzle in which words are represented by combinations of pictures and individual letters). Two contestants face off, each taking a turn at control of the game board. On a turn, a contestant selects two panels, revealing a prize under each. If the two prizes match, the portion of the rebus that lies beneath is revealed. The contestant may solve the rebus, if he can, or may continue by selecting two more panels. A player loses control of the board to his opponent whenever the two panels he chooses reveal prizes that do not match. Control passes back and forth between the two players until one solves the rebus.