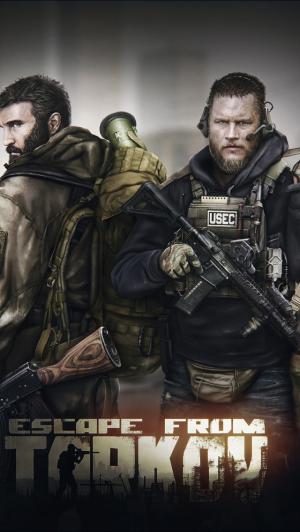 Escape from Tarkov is set in the fictional Norvinsk region in north-western Russia, around a "Special economic zone" that served as a gateway between Russia and Europe. However, this attracted corporations with dubious intent, and the city of Tarkov became the center for a major political scandal involving corrupt corporations in the Norvinsk region. Six months later the situation erupted into an armed conflict involving the Internal Troops of Russia, United Nations peacekeepers, and two private military companies: United Security (USEC) and BEAR. The Norvinsk region's borders were sealed off, and those trapped in the middle of the local warfare were isolated from the outside world. USEC was hired by the Terra Group, one of the corrupt corporations involved in the scandal, to hinder investigations during the conflict, while BEAR was hired by the Russian Government to uncover evidence about Terra Group. The player has the titular objective of escaping the city of Tarkov by working for one of these private military companies.