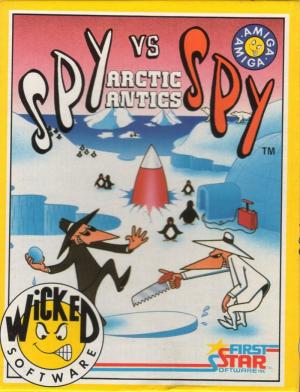 The third and final installment (after Spy vs. Spy and Spy vs. Spy: The Island Caper) sees the spies on an iceberg. They're seeking items (gyroscope, fuel canister, key card) and then seeking to leave via a rocket-ship before a blizzard sets in. New trap items include a saw (for cutting holes in ice), a plunger detonator (with dynamite), an ice pick and snowshoes. There are some pitfalls (thin ice and snow drifts). Hand-to-hand combat is done with snowballs. Watch your spy's body heat or he'll become a permanent resident.