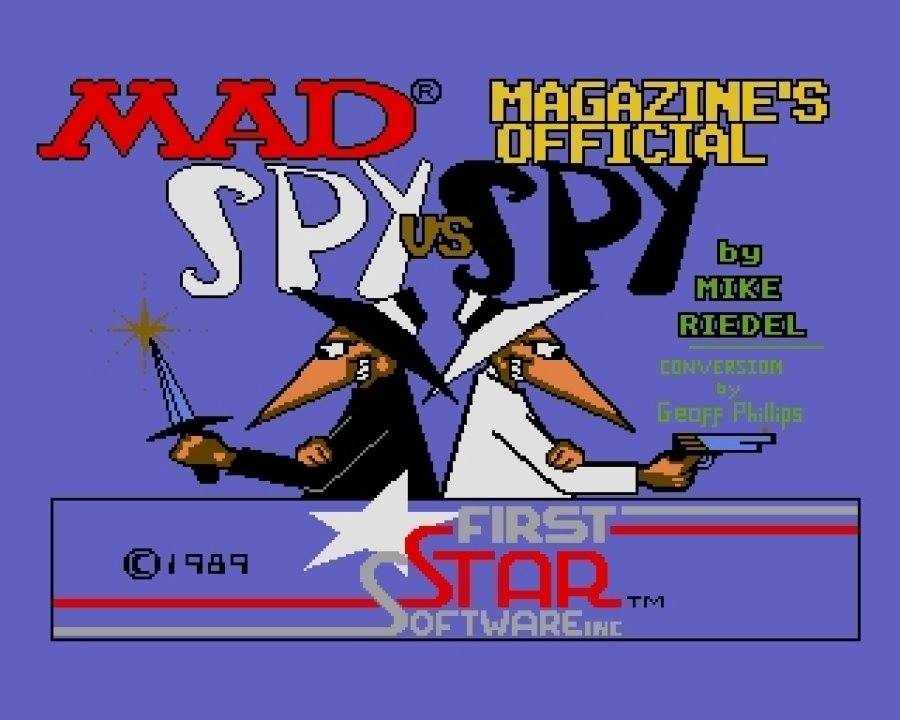 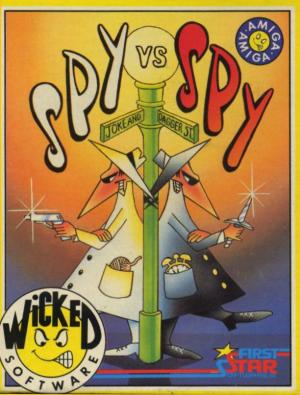 MAD magazine’s comic strip of the same name comes to life in this game which was designed for one or two players. The split-screen shows both spies at the same time. Play with a friend or against the machine. The black spy and the white spy are out to outsmart each other before the time bell rings. Find the needed objects (money, passport, secret plans and airport door key) by searching rooms in the embassy, which include desks, file cabinets and other furniture. Foil your opponent by setting creative booby traps in the various rooms (a bomb in a dresser drawer, for instance). Traps can be disarmed with objects found in rooms (a water bucket from a firebox on the wall will disarm the bomb in the prior example). When all the items are together in the secret briefcase, head for the airport door. Fights ensue when both spies enter the same room and are armed with clubs. 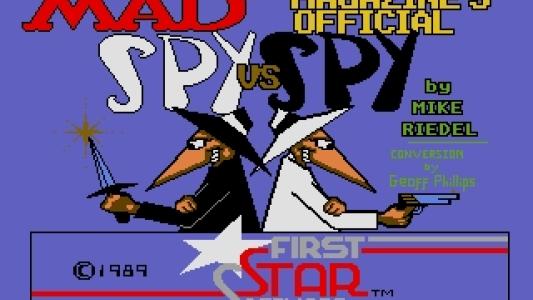 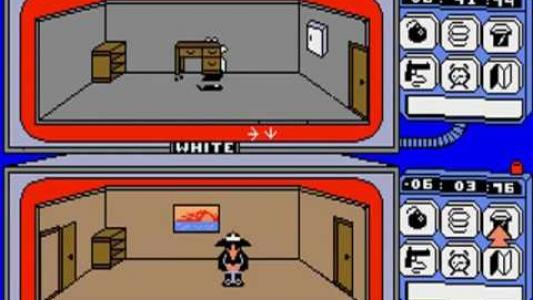