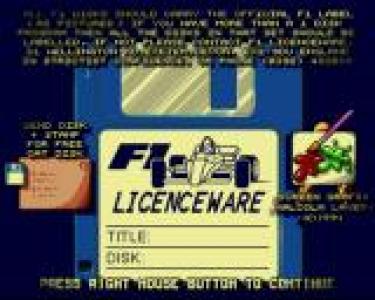 A teenager fishmonger's apprentice called Keith has to rescue his friend from an enchantment casted by the evil Magician Minto. Keith's Quest is a point-and-click adventure. Following the Monkey Island standards, the bottom of the screen is divided between the verbs (with icons for look, give, use, open, talk, take, close, push and pull) and the inventory. Like in several games, a map is utilized to transport the character to distant locations. Gameplay varies a bit with the inclusion of mini-games (one of them is a videogame arcade sequence). The options menu allows the player to turn on or off the screen scrolling, and save or load the game.