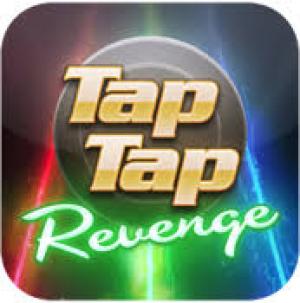 Tap Tap Revenge, also known as Tap Tap Revenge Classic was a music game created by Nate True, and developed and published by Tapulous for the iOS in July 2008. It is the first game in Tapulous' Tap Tap series. Development for the game began prior to the release of the iPhone SDK, and was originally entitled Tap Tap Revolution. The goal of the game is to tap each of the colored balls when they reach a line at the bottom of the screen. If the ball is hit on the beat, the player gains points, but if not, it counts as a miss. There are also "shakes", which require the player to move the iPhone, iPod Touch or iPad (although the game was designed for the former two) to the right, left, or middle