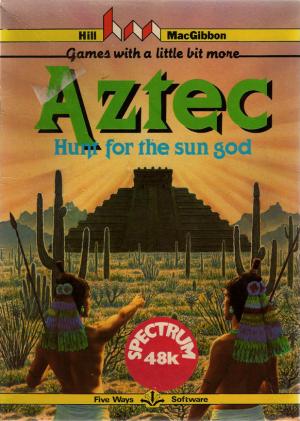 Aztec: Hunt For The Sun God

Aztec was an interesting looking 3D adventure game which was to be released on the likes of the Spectrum and also the Commodore 64. You would use the keys to turn around 360 degrees and move around a 10×10 grid layout. As an Aztec, it is your aim to find the sun which hasn’t risen over your village on this particular day. As you move around the environment, you have a number of spells at your disposal which the game’s manual details how to use. The game overall was aimed to be a childrens adventure game, more than something for adults.