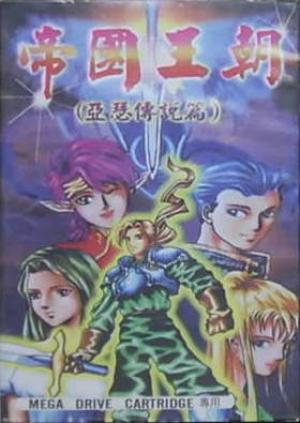 Ya Se Chuan Shuo (亞瑟傳説), also known as Di Guo Wang Zhao (帝國王朝), is a 1995 RPG for the Sega Mega Drive by unlicensed Taiwanese developer Chuanpu. Publisher Ming Super Chip released two versions: the "Imperial Dynasty" version, showing a subtitle in Chinese; and the "The Story of Arthur" version, showing that text in English. At present, the only known difference is the text on the title screen. A strategy guide was also released.