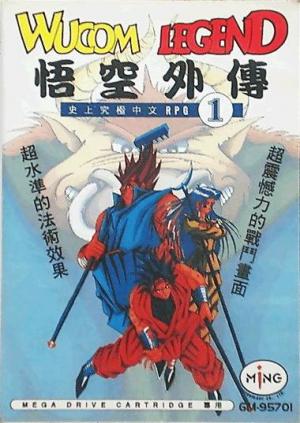 Also know as: Legend of Wukong

Wu Kong Wai Zhuan (悟空外傳) is a Sega Mega Drive RPG loosely based on the novel Journey to the West. It was originally released without a license from Sega in Taiwan in 1996. Super Fighter Team translated the game into English and gave it a international release in 2008. This version was retitled Legend of Wukong.