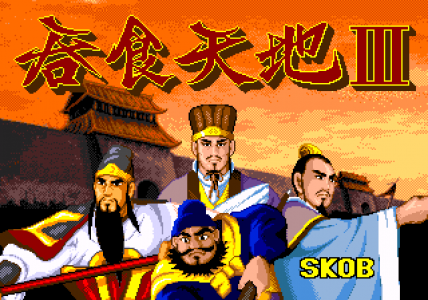 Tun Shi Tian Di III (吞食天地III), also known as Conquering the World III or Destiny of an Emperor III, is an unlicensed Sega Mega Drive RPG released by SKOB during the 1990s. Two versions of the game exist, the former with traditional Chinese text for sale in Taiwan, and the latter in simplified Chinese for sale in mainland China. Despite its name, Tun Shi Tian Di I and Tun Shi Tian Di II are not thought to have existed. Vast Fame later brought this game to the Game Boy Color as San Guo Zhi: Lie Zhuan.