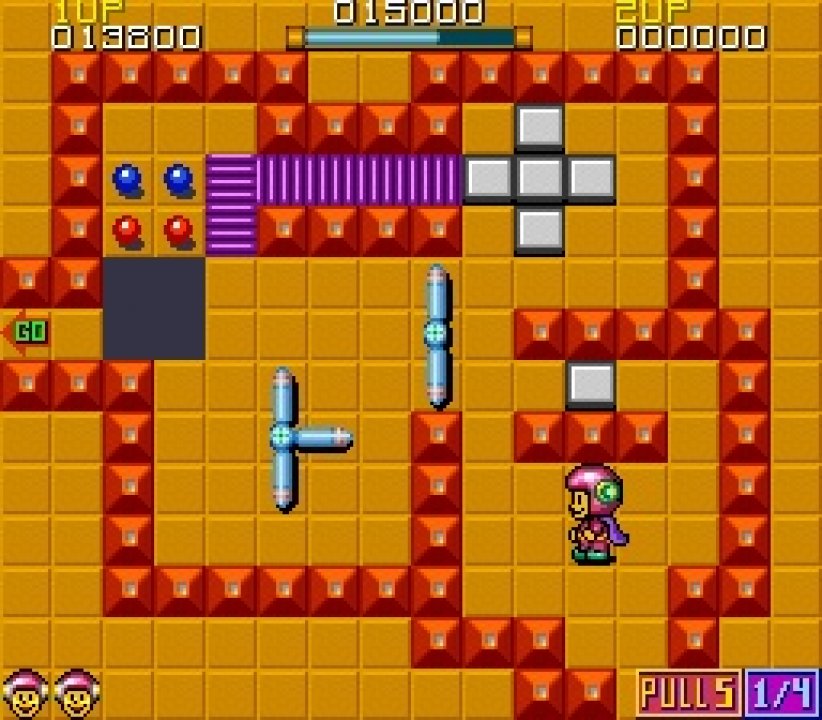 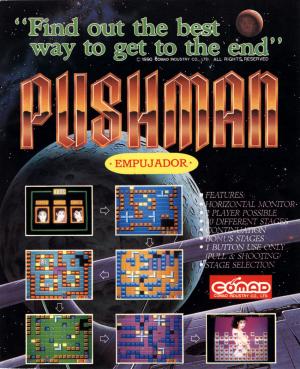 This game is somewhat similar to the multi-platform game Sokoban and its many derivitives. However, the fact that you can pull boxes one pull for each P power-up you collect somewhat reduces the puzzle aspect of the game. It may be dipswitch selectable, but my version reveals additional details of a swimsuit clad woman for successully completing levels. The two-player gameplay is odd as it's not really alternating. The first player completes their game, then the second player plays their entire game. It may alternate between completing full levels, but does not after succesfully completing a screen or after dying. Licensed to Sammy and American Sammy for worldwide distribution. 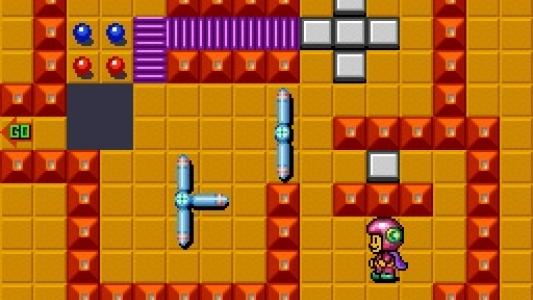