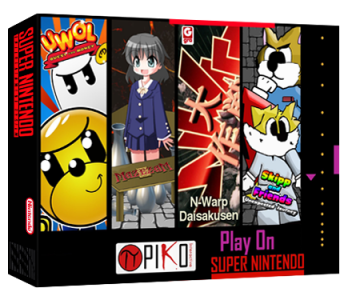 MazezaM is a clever twist on the timeless Sokoban warehouse block pushing puzzle. Having been ported to many different systems including the ZX Spectrum and Acorn Electron, it has now made an appearance on the Super Nintendo - adding that 16-bit charm to the taxing and often trapping mind-bender. This new release comes from the same homebrew developer who ported the 2009 ZX Spectrum title Uwol Quest for Money over to the Super Nintendo. Having gotten familiar with bringing classic computer software over to Nintendo's 16-bit console, Alekmaul entered his new title MazezaM Challenge into the Neo Flash Homewbrew Development Competition 2012. The game has been made available to download for free, which can be used on any one of the many Super Nintendo flash cards or within an emulator.