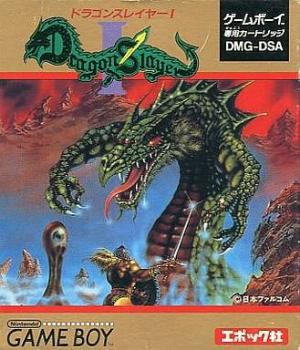 Also know as: Dragon Slayer I

Dragon Slayer is an action RPG designed by Yoshio Kiya and developed by Nihon Falcom. It became a success in Japan, and is credited for pioneering the action RPG genre. Dragon Slayer is regarded as the progenitor of the action RPG genre, and is considered to be the first action-RPG. In contrast to earlier turn-based roguelikes, Dragon Slayer was a dungeon crawl RPG that was entirely real-time, with action-oriented, hack & slash, real-time combat. In some ways, the foundations of Dragon Slayer's action RPG gameplay can already be seen in Yoshio Kiya's previous 1983 game Panorama Toh. Dragon Slayer featured an in-game map to help with the dungeon-crawling, required item management due to the inventory being limited to one item at a time, and introduced the use of item-based puzzles which later influenced The Legend of Zelda. Dragon Slayer's overhead action-RPG formula was used in many later games, laying the foundations for future action RPG series such as Hydlide, Ys, and The Legend of Zelda.