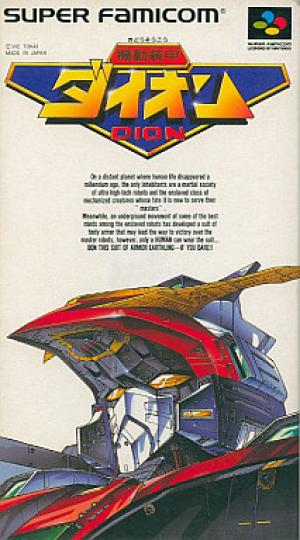 aking place in the year 2027, Earth is suddenly attacked by the planetoid space fortress Zektron. Many cities are decimated and occupied by the Zektron forces, threatening to annihilate humanity. An underground military squadron and lab develops a small mecha called Dion (Imperium in the US version) aboard the mothership Leinoa, a mecha capable of harnessing great firepower. The human's goal is to send Dion/Imperium into Zektron and destroy it only after the Earth occupation forces have been eliminated.