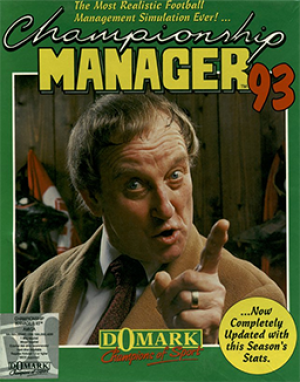 Championship Manager 93/94 refers to the second installment in the Championship Manager series of football management computer games. This game improved on the original in many ways - by far the most significant change was the use of real player names for the first time. This was the one major feature which the game had lacked in comparison to its rivals.