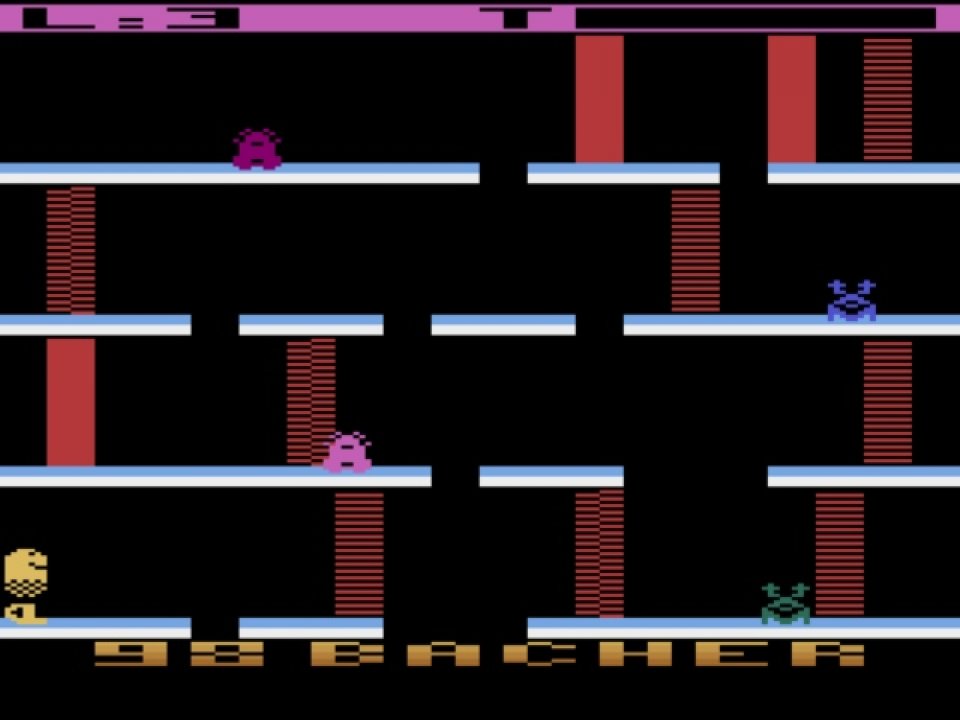 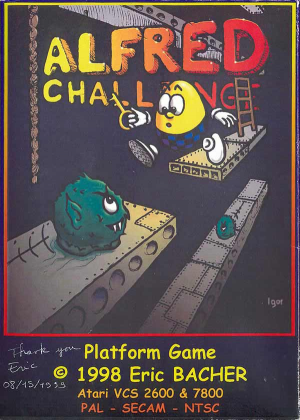 Run, jump and climb to reach the keys opening doors to the next level. Take care of the Tazniak and the Bukoï which have only one idea: Kill you! Alfred had been anticipating this day for most of his life and trained intensely for it during the past year. Nobody knew why a passage appeared at the base of Mount Zepithar every eleven years, but everyone did know that once you entered the passage, you were caught in a universe of strange and hostile creatures seemingly from another world. Alone, Alfred would face the ultimate challenge, and should he succeed in his quest, he would become the next village chief. Can you help Alfred realize his goal and safely guide him through the maze of ladders, ropes, platforms and monsters? Alfred Challenge is Ebivision's first game, written by Eric Bacher. This new release of Alfred Challenge features a professionaly printed label and manual, and all five Ebivision games sold through AtariAge feature a uniform label and manual design. 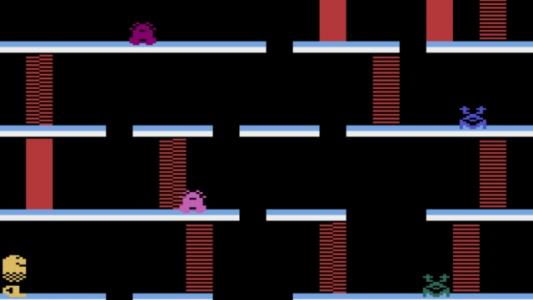