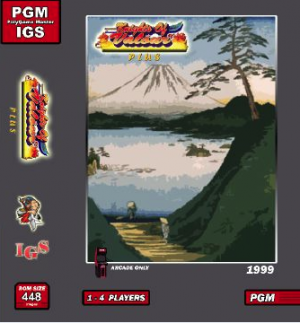 Knights of Valor Plus

Knights of Valour (simplified Chinese: 三国战纪; traditional Chinese: 三國戰紀; pinyin: Sān Guó Zhàn Jì) is a side-scrolling Beat 'em up action arcade game released by International Games System in 1999. The plot is loosely adapted from the Chinese historical novel Romance of the Three Kingdoms and features the Five Tiger Generals, Zhuge Liang, Diaochan and others as playable characters. The gameplay involves the use of magical powers that are not featured in other games also based on the novel. The game was released in Japanese, Korean, Chinese (Traditional and Simplified) and English.