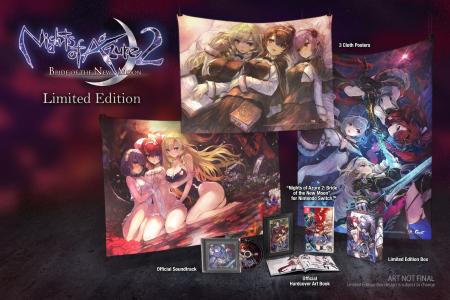 Nights of Azure 2: Bride of the New Moon Limited Edition