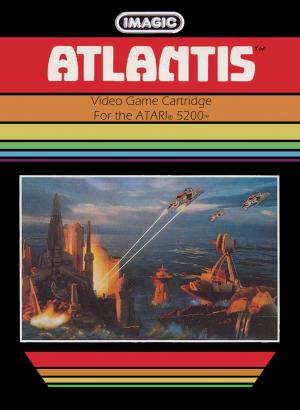 Only you can save the lost city of Atlantis, one of the greatest civilizations man has ever known. You command the three defense posts that guard the skies. As the dreaded Gorgon Fleet descends on Atlantis, you must destroy them, or perish! One or two players can help defend the submerged city of Atlantis. The longer you last, the faster they come. Some enemy ships fly slowly but steadily over Atlantis. Others streak across the sky. Knock out a Bandit Bomber and annihilate its entire Gorgon squad! Blitz them!