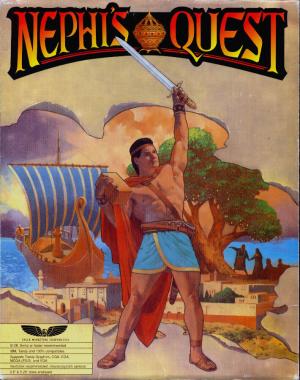 Nephi's Quest is a King's Quest-style adventure game taking place in Jerusalem in 600 B.C. The player follows the adventures of Nephi as they occurred in the Book of Mormon (LDS Church). According to their teachings, Nephi was a prophet who predicted the capture of Jerusalem by the Babylonians, and subsequently traveled to America on a boat, where he became the progenitor of the Nephite people.