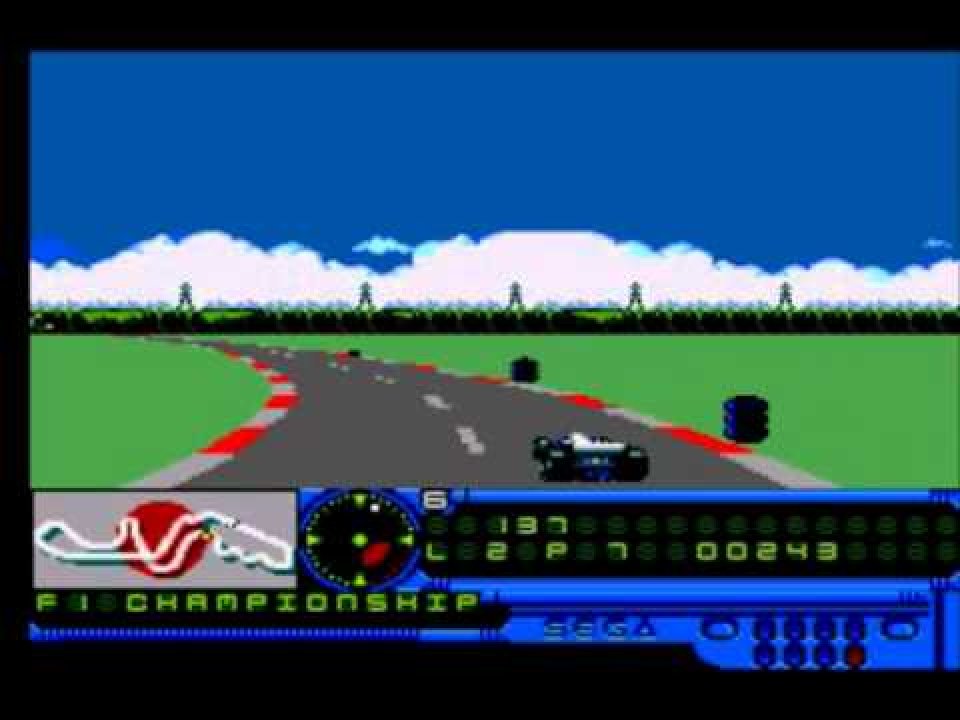 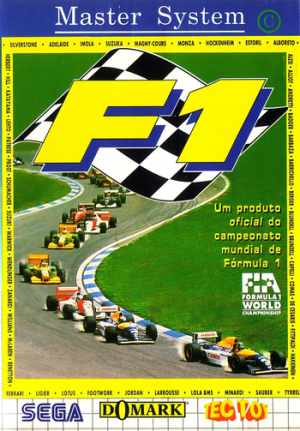 Having an official license from FOCA, F1 attempts to replicate the 1993 Formula One season, providing 12 tracks roughly based on their real-life counterparts and seven constructors; Benetton, Ferrari, Ligier, Lotus, McLaren, Tyrrell and Williams. Producer Jim Tripp is also included as a driver in a special "Domark" team. 1993 champion Ayrton Senna is omitted due to licensing issues (likely thanks to Sega and its 1992 release of Ayrton Senna's Super Monaco GP II). That being said, racers are only differentiated in-game by a change in colour, and the player always races as him/herself under a generic "SEGA" banner. F1 is notable because unlike earlier attempts at Formula One such as Super Monaco GP, it is able to simulate changes in height. This meant at the time it was one of the most realistic racers around. 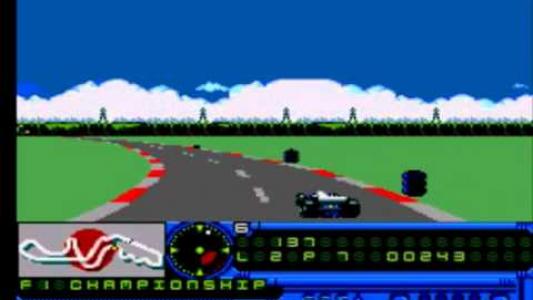