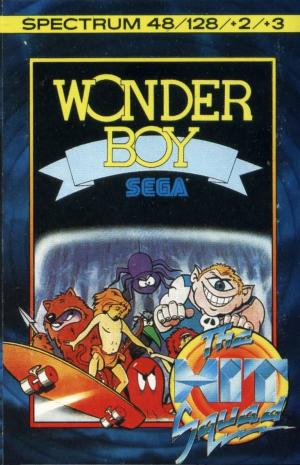 The titular Wonder Boy (later named Tom-Tom in the Master System version, known simply as "Boy" in the Japanese versions) is a tribal caveman-like boy whose girlfriend Tina (renamed Tanya in the Master System version) has been captured by the dark King (known as Drancon in the Game Gear version). The player must guide the Wonder Boy through seven "areas", each consisting of four "rounds". The levels are made up of forests, hills, oceans, caves, ice palaces and occasionally mountains lands. The levels always run from left-to-right, with some vertical movement.