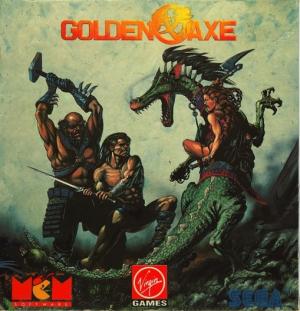 An evil entity known as Death Adder has captured the King and his daughter, and holds them captive in their castle. He also finds the Golden Axe, the magical emblem of Yuria, and threatens to destroy both the axe and the royal family unless the people of Yuria accept him as their ruler. Three Warriors set out on a quest to rescue Yuria and avenge their losses at the hands of Death Adder. The first is a battle axe-wielding dwarf, Gilius Thunderhead, from the mines of Wolud, whose twin brother was killed by the soldiers of Death Adder. Another is a male barbarian, Ax Battler, wielding a two handed broadsword looking for revenge for the murder of his mother. The last is a long-sword-wielding Tyris Flare, an amazon, whose parents were both killed by Death Adder.