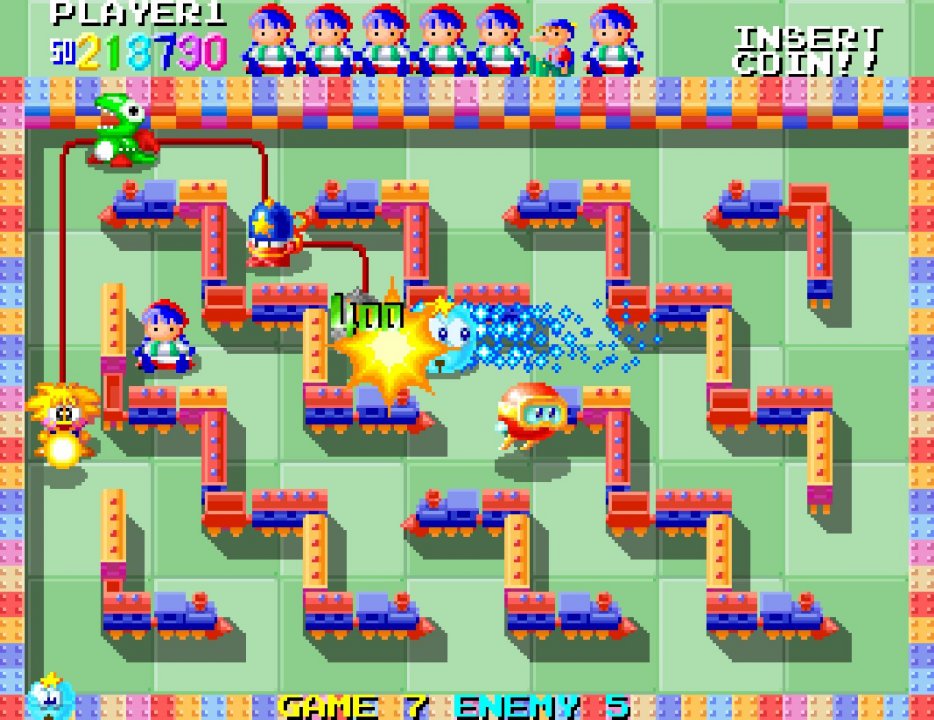 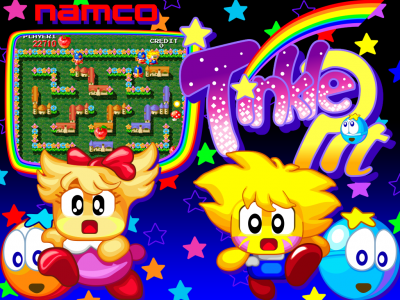 The player contols Pitt and Patti, who must walk around the mazes, collecting items and avoiding enemies. They have the power to drop their Tinker power balls, which are both invulnerable to the enemies, and move around by pressing the Line button, therefore creating a line between them and their power balls. Releasing the button makes their power balls come back to them; the enemies are killed by having the power balls slam into them. There are also pieces of popcorn which can be picked up around the mazes - and pressing the Popcorn button, Pitt and Patti can throw them at the enemies, and they shall bounce off the walls until they hit one (or evaporate if they have not done so by the end of the stage). Killing all enemies in a maze advances the player to the next stage; however, in the event of one enemy remaining, he will make for the nearest corner of the maze, say "Bye-bye!", and disappear - which will detract from the "Pursuit Bonus" that the players will receive after they defeat Mao at the end of the game. 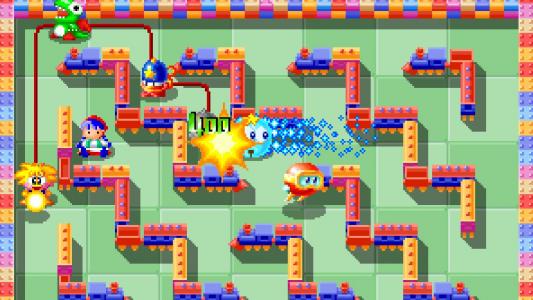