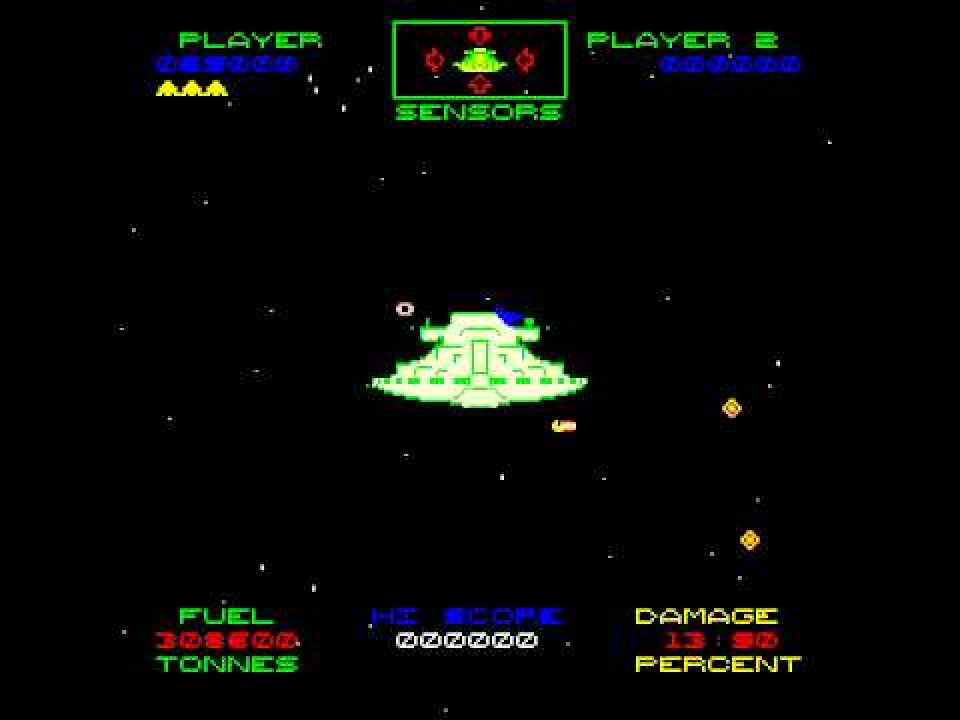 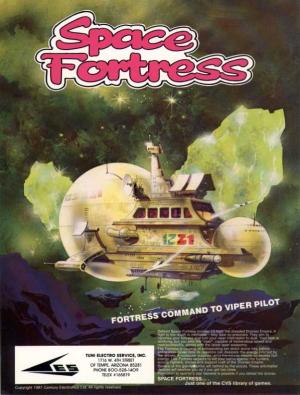 Defend a space fortress against alien attackers in this three scenario game. Blast the bad guys and avoid tractors beams. One of the earliest games to feature speech. "You are defender of space fortress 13!", the game announces to you, as play commences. The game features three scenarios. The first stage is reminiscent of asteroids -- you can rotate left and right, fire and thrust -- where the objective is to shoot the aliens (sort of flashing balls). Death takes you to the second section, where you must defend the fortress in the center of the screen. Alien ships (the same flashing balls as before) attempt to crash into it. Watch out for aliens with a tractor beam which suck you towards destruction. In section three, you can only move left and right shooting from the bottom of the screen -- reminiscent of space invaders -- while aliens dive towards the ground. Interesting to play just for novelty value. 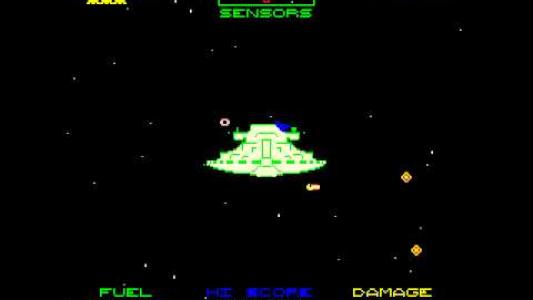