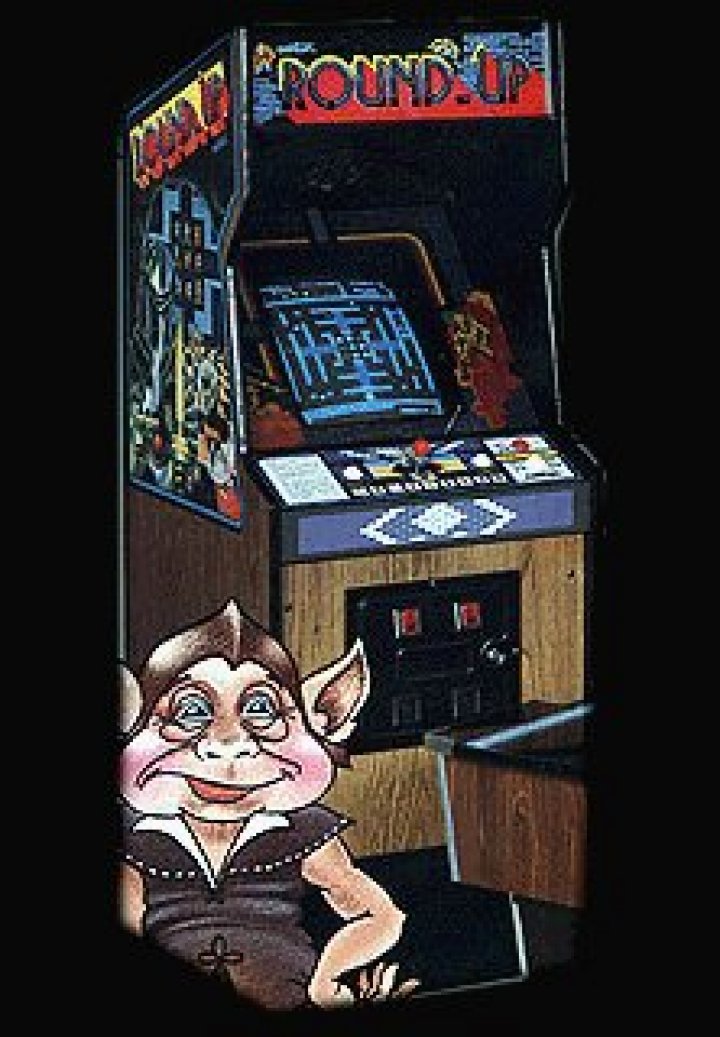 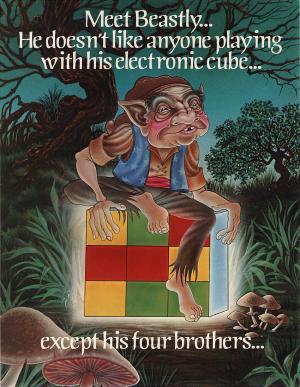 The object of the game is for the player to maneuver his white robot in 1 of 4 directions within a maze, capture a red character robot as they move about the maze, and race to the center to change the 9 white balls located there to red. The player may only change one white ball to red at a time after he has captured a red robot, and must evade 4 chaser monsters in the process. Bonus point may be earned when capturing the elusive 'red king' that appears on the screen. Capture him and momentarily immobilize the chasers, but do not come in contact with the yellow robots--or your much-needed red robots will be changed to white and force you to change strategy. Play is over when the chasers have captured all of the player's robots. But, should the player be successful in changing all of the balls in the center to red, the pattern clears and a different challenge is presented. A 3x3 or 4x4 tri-colored pattern will appear at the bottom of the screen and a slightly different tri-colored cube of corresponding size will appear at the center of the screen. The player may earn bonus points by moving the directional arrow and rearranging the colors of the cube at the center of the screen to match the sample pattern presented at the bottom of the screen. The player is given 90 seconds to rearrange the cube as many times as he can. Action returns to the maze whether you win or lose the cube challenge. All in all, an exciting and challenging game where patience and skill are required. 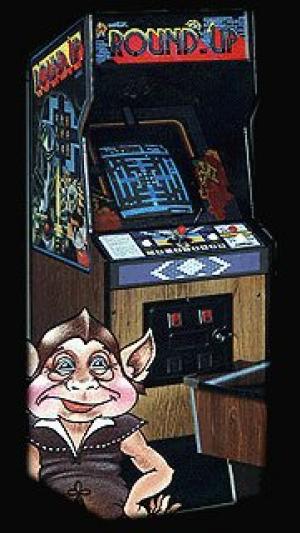