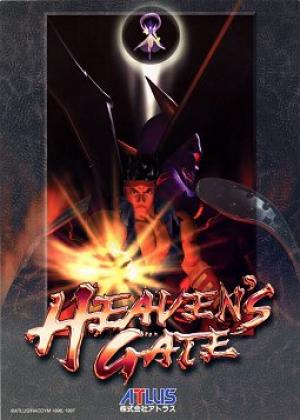 Heaven's Gate (ヘブンズゲート) is a 1996 3D fighting arcade game developed by Racdym (now known as Racjin) and published by Atlus. It is both Atlus and Racdym's first attempt in the 3D fighting game market. While in development, the game was known as "Ultimate Domain", and was intended to run on the Sega Model 2 hardware. The game was ported to the PlayStation (console) by Atlus, being released on On December 13, 1996 in Japan. In October 1997, JVC Digital Studios published it in Europe under the title Yusha: Heaven's Gate.