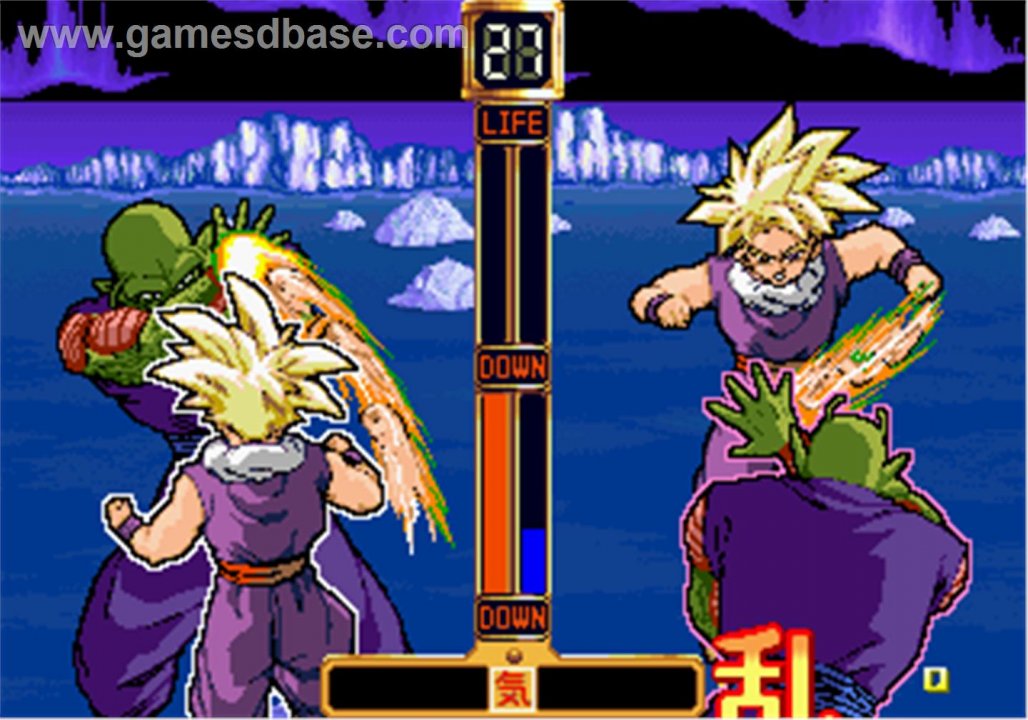 Dragon Ball Z: V.R.V.S (ドラゴンボールZ V.R.V.S.), or Dragon Ball Z: Virtual Reality Versus, is a fighting game released in 1994 for the Sega System 32 arcade platform by Sega and Banpresto. Although the game is in 2D, it uses camera angles positioned behind the characters to create a 3D-like experience. The game is controlled with a joysick and 3 buttons, though a deluxe edition of the game features motion sensors that allow the player to move his or her body to control the character in the game. Once gameplay begins, the player fights through the entire roster of characters in a set order. Defeating each fighter earns a Dragon Ball. After defeating four fighters, the fifth battle pits the player's character against a black-and-white carbon copy of the himself who mimics his every move. Once defeated, he reveals himself to be the final boss: an original character named Ozotto. Defeating Ozotto earns the last Dragon Ball and whatever wish the player's character desires. 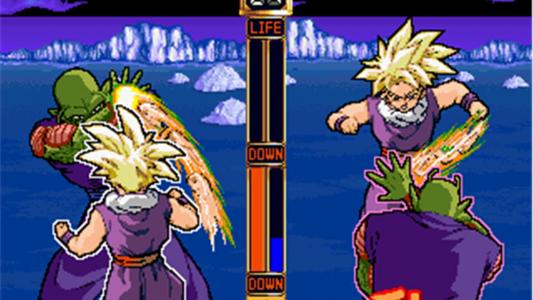