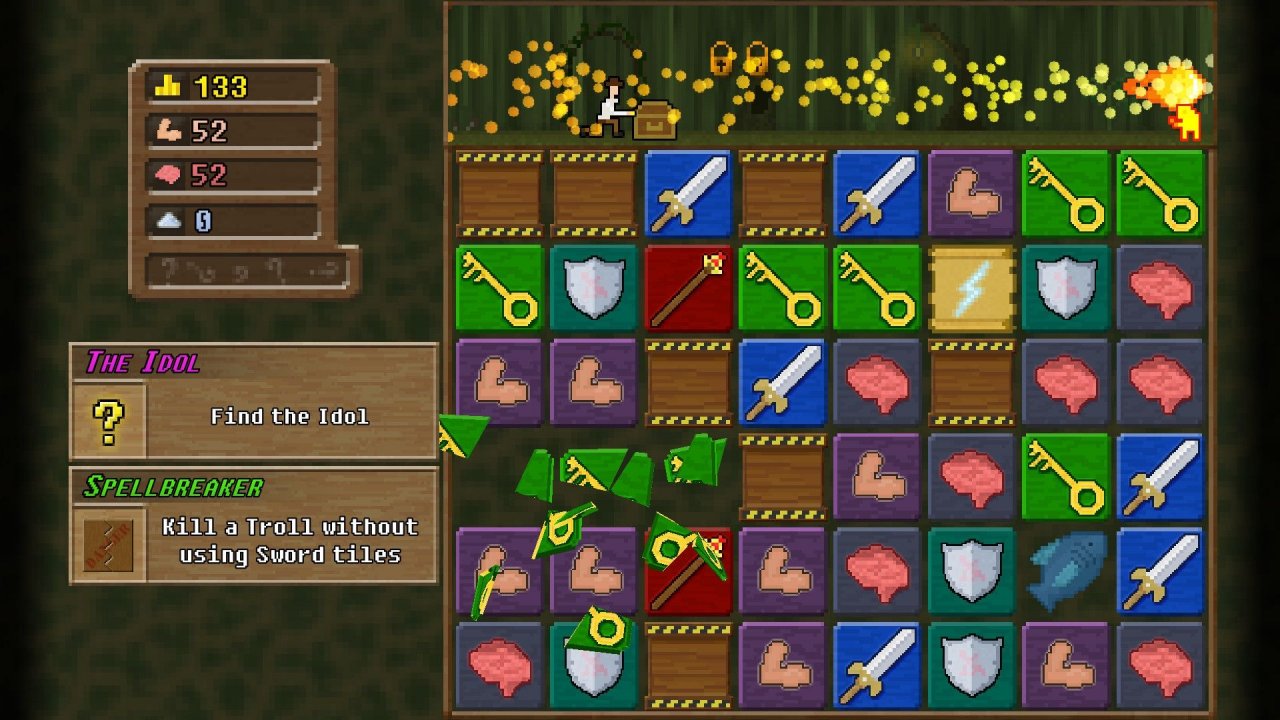 You Must Build A Boat

Upon starting the game, the player-character is on a small boat along with two non-playable character guides, who instruct the player-character they must build a larger boat to reach a goal; it is implied that this follows from the escape of the dungeon of the previous game 10000000. The boat is built by having the character run through a dungeon to collect resources and capture monsters. As the player progresses in the game, the boat will be expanded to include shops where the player can improve their character's attributes, select captured monsters as companions in the dungeon, and more. The ultimate goal is to build a boat large enough to successfully complete the journey. You complete the game by finding the 'East Wind'. You click on the wind much like you upgrading your spells then you fly away. When the player opts to venture into the dungeon, the game becomes an endless sequence of fights and obstacles, driven by a match-3 tile game. As the player's character runs across the top of the game screen, they will encounter monsters or treasure chests, which slowly push the character towards the left side of the screen until the monster is defeated or the chest is opened. If the character passes the left side of the screen, the run is over and the player is returned to the boat, collecting all the rewards from that run. To progress, the player matches 3 or more tiles on the game board by sliding a single row or column. The type of matched tiles will affect the progress: swords and magic wands will damage monsters and keys will open chests; matching these while not facing a monster or chest will do nothing. Other matched tiles, such as brains and brawn are used to purchase monster companions, while crates will provide materials with which to expand the boat. If the player has selected monster companions, they can also use these at any time for a beneficial effect such as a large damage attack to any monsters. The effect of matches is improved by matching 4 or 5 in a row and chaining together matches. The player may also have specific quest goals, assigned by companions on the boat, for a given run, which can provide additional rewards for expanding the boat. 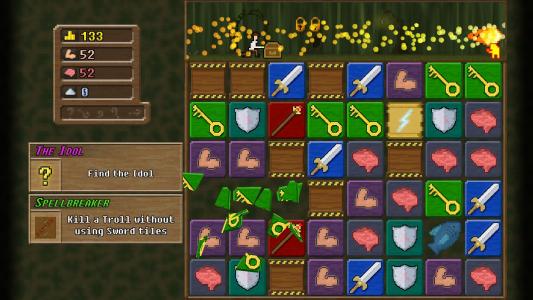