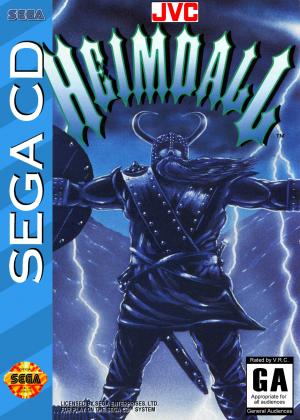 You play as Heimdall, a demi-god based in Norse mythology. Heimdall's job is to protect the entrance to Asgard, the home of the gods, from all evil, including the terrible Ragnarok, when all the evil forces come together to try and destroy the gods and ultimately everything. Unfortunately Ragnarok is on its way and if that wasn't bad enough, Loki, god of mischief, has hidden Thor's hammer, Odin's sword and Frey's spear in three worlds. You, as the newly mortalized Heimdall, must visit each of these worlds to collect the god's weapons. The first is Midgard (or Earth), the second is Utgard (the world of the giants) and the third is Asgard itself, the home of the gods. Each world has around 15 islands and each island has countless rooms.