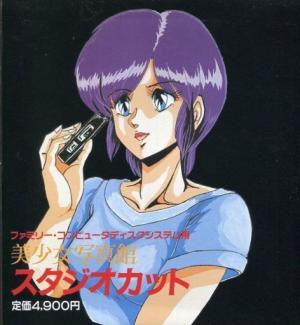 Your task is to photograph pretty girls in various situations. You are given a choice of point-and-shoot, single lens reflex and a pro camera. In order to get a real photograph, you must evaluate the lighting situation and subject and choose the correct shutter speed, film speed, aperture and whether to use flash or not. The choice of camera is also a choice of difficulty level. With a point-and-shoot, you need only get one variable right, whereas the pro camera requires you to set both aperture, shutter and film speed correctly. You are only given a few chances per shoot to get the right exposure, or you will just see a miscoloured picture flash briefly. Judging the exposure correctly grants you a picture of the girl, often in a surprising state of undressing, whereafter you progress to even more erotic poses. Later stages raise the difficulty level, forcing you to use the SLR, and later the meter-less pro camera.