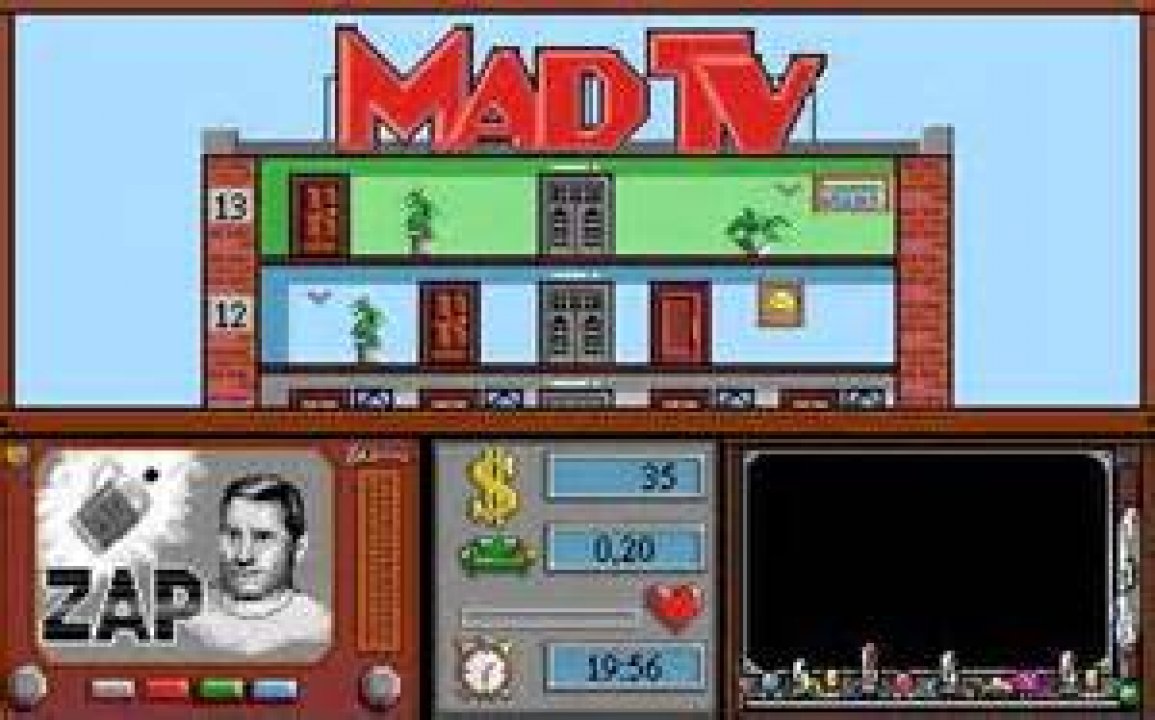 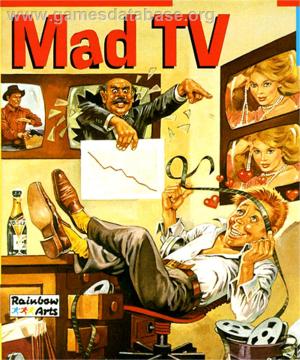 Mad TV sets you in the role of Arnie (though that can be fixed...), an average guy watching some television late at night, when you see a woman you absolutely must meet. The next day, as you wander around the television station looking for her, you run into the boss of Mad TV. Having just fired his executive producer, he hires you. (You're not limited to Mad TV, however; you can also hire yourself in one of the competing stations, Fun TV or Sun TV). Your objective in this game is to push your ratings to the top by buying and selling movies and features, choosing the news, and even producing your own shows. You must also earn money by putting in commercials. Be careful, if you don't show commercials by their due date, you'll end up owing, instead of earning. And all this while trying to impress the woman you saw on TV. 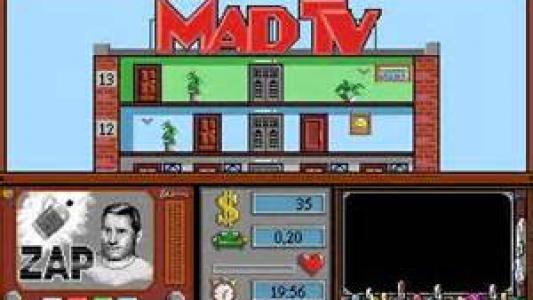