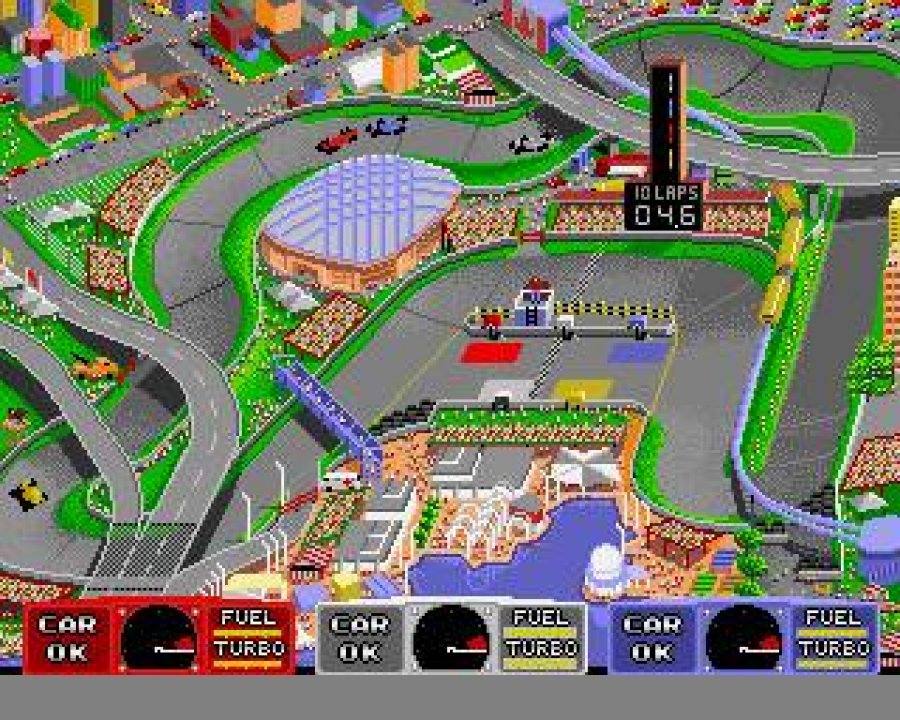 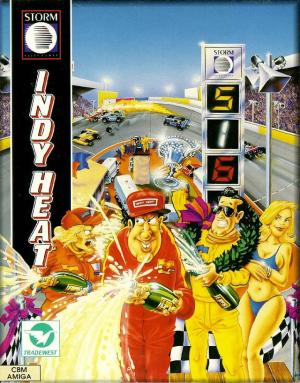 Indy Heat is a multi-player, top down racing game which began packing gangs of boy racers into the arcades a few years back. The Sales Curve's conversion allows three players to drive at once -you'll have to draw straws though, 'cos only two of them can use joysticks, player three being lumbered with the keyboard. The fourth car is computer-controlled, and tears around setting the pace. Each player has a budget to spend on upgrading their car. There are boosters to be had for six different components: Tyres, Engine, Brakes, MPG (which improves fuel efficiency), Pit-Crew (which speeds up your pit-stops), and Turbo's (which give you an extra temporary boost of speed). There are ten different circuits, each one based on a real American race track. Before each race you're shown a map of the layout, which you can study to decide how your money would be best spent. A ridiculously simple track like Indianapolis will need a different combination of extras than one of the twisty, turny circuits. Don't worry if you can't decide what to buy, though - you can get the computer to choose for you. When you're racing, the controls arc dead simple - left and right to steer, fire to go, and forward for a quick turbo boost. Your fuel supply and the number of remaining turbo boosts are shown on screen. Before your fuel runs out, a digitized voice and a little chappie holding up a placard lets you know it's pit-stop time. When you enter the pits, the crew rush around filling up the tank, replacing your turbo's and emptying the ash-trays. After a few seconds, the jacks come away and, pausing only to stash your free wine glasses, you can wheel-spin off again. The overall winner is decided at the end of the tournament, when you're each told your average speed. Did you travel at a constant, fuel-efficient 55mph, or did you manage to clock up the sort of speeds that even Viscount Linley would be arrested for? Only the computer knows for sure. 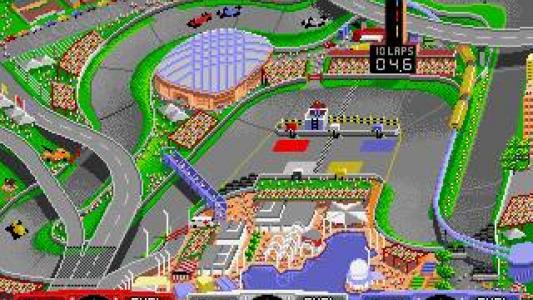