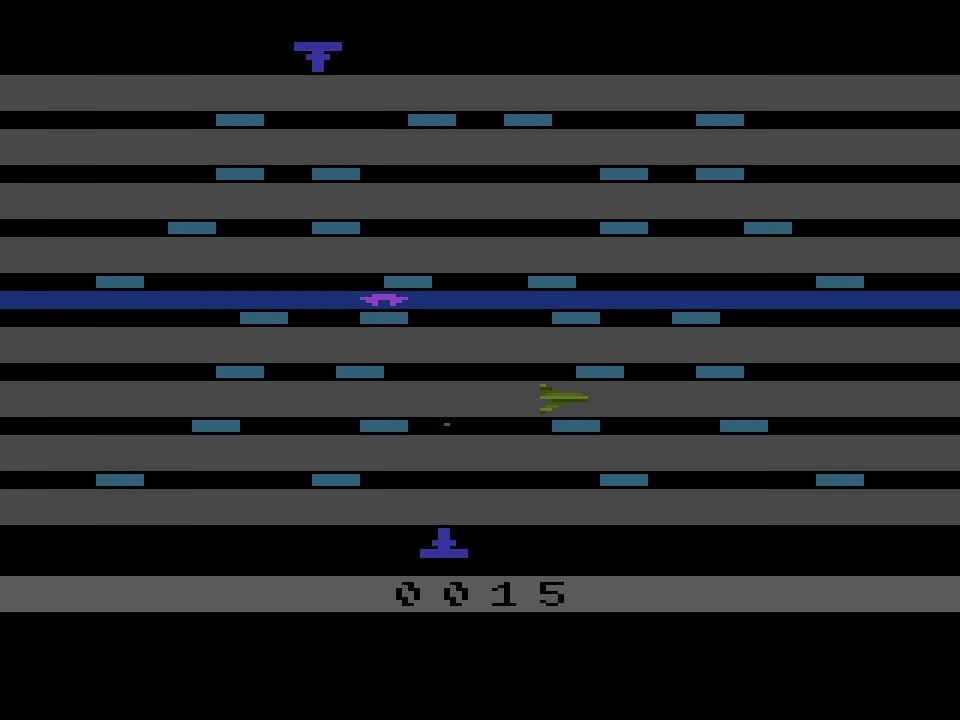 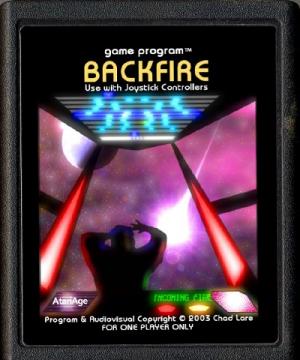 The year is 2947. Earth is being invaded by the evil K’caj clan from the Yenrut galaxy. You are Galactic Commander Frank Drexor. The United States Space Guard has commissioned you with the task of defending the most important sector of the galaxy from the invaders. K’caj technology is much more advanced than the technology of Earth. Some of the ships have tractor beams. Others are equipped with subspace energy disruptors. These disruptors create energy barriers that will actually cause the shots from your cannons to reflect back at you! If your mission is a failure, the K’caj will gain control of this vital sector of space, allowing them to maneuver their troops and equipment much more efficiently and gain a larger foothold in the battle for the planet. This would certainly spell disaster for the citizens of Earth. Their fate is in your hands! 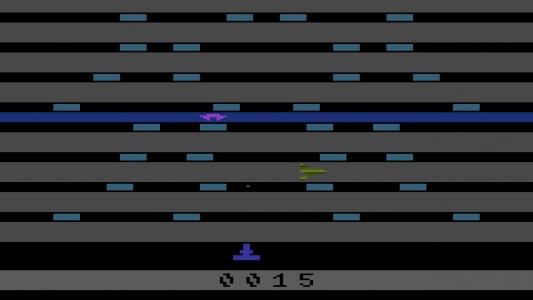