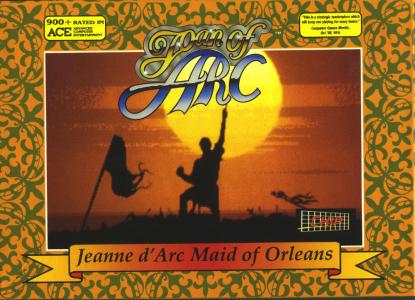 In the 14th century, England has a presence in France, and as Charles, it's up to you to get rid of them. You are heir to the throne, and will have power if you can recapture the city of Rheims from the English, with Joan's help as everybody else thinks it's a lost cause. Combat is one major aspect of this arcade-strategy hybrid. Armies are made up of archers, cavalry and foot soldiers, whose movement and firing angle must be controlled. Storming a city also involves defeating some staunch defences. Once you have overall control, your goal is to reunite France, by retaking each city in turn. You must raise taxes so as to have the adequate funds (but don't let provinces become unhappy, they can rebel), and use this money to fund a big army. Sometimes the pen is mightier than the sword though - many devious diplomatic tactics are available, including bribery and poison.