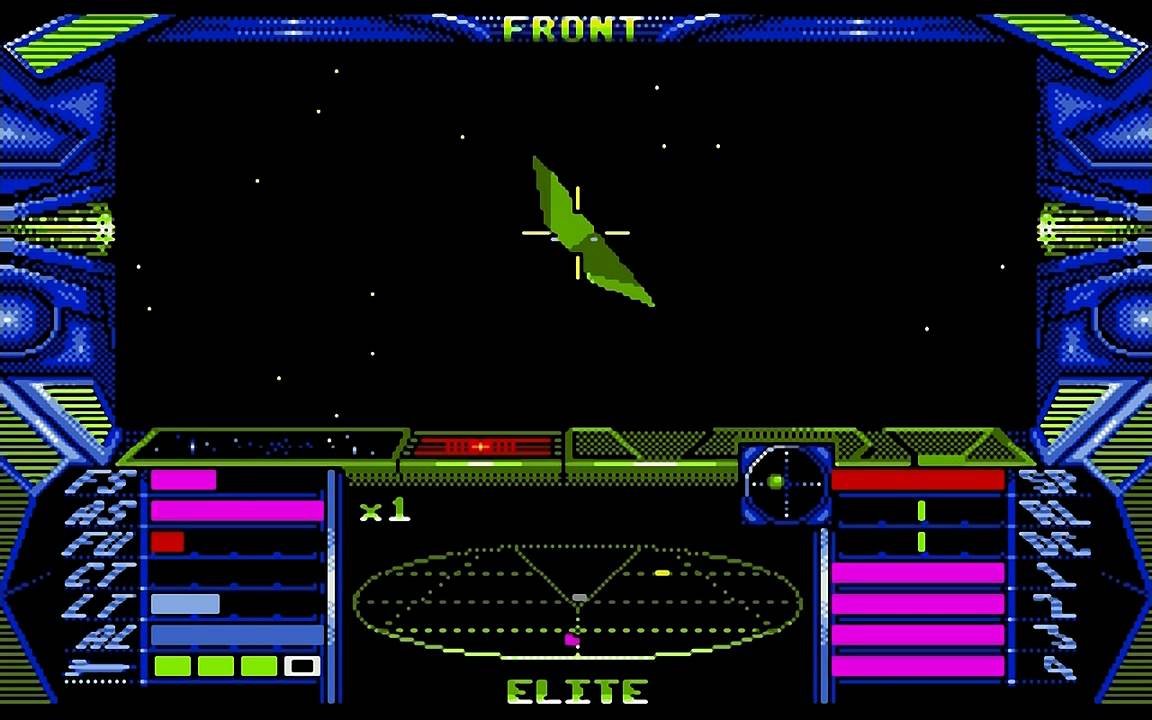 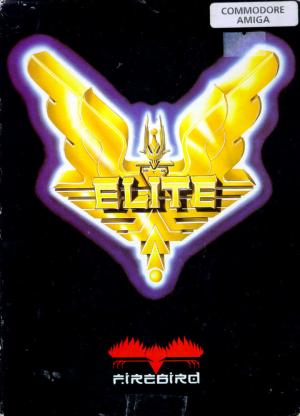 Long, long ago, in the dim and distant past when 8 bit machines ruled the Earth, Messers Braben and Bell conceived and coded what was to become one of the greatest computer games of our time - Elite. BBC Micro users everywhere abandoned their chores, hobbies and wives in search of the adrenalin buzz as man and machine became one in the inter-galactic adventure of the decade. Until today, Electronic Art's Interceptor was the only Amiga game to come close to the addictive atmosphere of Elite. Now the ultimate is available on the ultimate home computer - and it's great! Elite is a trading/combat game of mammoth proportions - the playing area covers eight separate galaxies and more than 2,000 planets, each having its own political and economic structure. Such information is of little consequence when playing a pure zap and blaster like Galactic Conqueror, but for anyone hoping to make a name for himself in the galaxy it is a must. The ladder to success in Elite is eight rungs long - you begin with a rating of Harmless and progress through the ranks of the Dangerous and Deadly until you finally join the small number of pilots who make it to become Elite. Your rating increases in relation to the number of kills you notch up on your travels. These may be good guys or bad guys, they all count as kills. The only disadvantage of blasting the goodies is the effect that this has upon your legal status. Following a few indiscretions your status will be adjusted to read Offender or even Fugitive, which has undesirable consequences when wishing to dock at space stations in law abiding systems. It is not uncommon for a fleet of police Vipers to form an unwelcoming committee. The base model Cobra Mk3 is hardly a ship to put the fear of Zarquon into a battle-hardened space pirate, enter the trading aspect. Data can be called up for any planet in the current galaxy - the two most important items to note are the planet's Tech Level and the Government type. On a technically advanced planet the price of food and textiles is high, but the cost of computers is low, the reverse being true for a planet with a low Tech Level. All you have to do is find two such planets in close proximity to each other and satisfy their respective economic needs. The planet's political stability determines how much hassle you will get from pirates. Democratic planets have relatively small pirate populations in comparison to the fleets of fighters that you will encounter when visiting an Anarchic system. Drawing upon all of your capitalist instincts, you amass as many credits as you can in order to upgrade your Cobra. With sufficient funds you can buy more powerful lasers, a larger cargo bay, an escape pod, and most useful of all, a docking computer. Before you can make any money in the trading business you must master the technique of docking with the Coriolis-type space station. All you have to do is line your ship up with the single opening and coax the ship slowly into the docking bay. Oh yes, I almost forgot, the space station is rotating, so you will have to rotate your ship loo! Inside the station you can call up a wide variety of navigational and trading options. Using the local and galactic charts you can display planetary data - useful when planning trading routes. By studying the prices screen you can make shrewd purchasing decisions and pack your 20 Tonne hold with the goods that will reap you the biggest profit. The Equip screen displays the items of equipment that can be bought from the current planet -availability varies considerably with the planet's Tech Level. All planets stock fuel and missiles, but expensive items such as military lasers and galactic hyperdrives can only be found on planets of Tech Level 10 or above. In an attempt to reduce congestion and collisions all hyperspace jumps are terminated a short distance from the destination planet and the remainder of your journey should be completed as quickly as possible using the space-skip facility. This automatically deactivates if another vessel is close. Dropping out of space-skip before reaching the planet is a sure sign that you've got pirate problems. When you are deemed sufficiently competent you will be given a mission to embark upon. There are five such tasks, all of which are difficult, all of which will reap you rich rewards. Music and sound effects are given a superb stereo ambience which heightens the sensation of panic as your on-board computer flashes Energy Low and you can't remember whether you saved the game at the last space station. There have been rumours of Elite II - David Braben is now working on it. If you want some idea of what to expect... Virus was designed as the planet sequence for Elite II - a sort of equivalent to docking. It will be some time. BBC Elite is a classic, the kind of game you will tell your grandchildren about... "I remember when 32k was a lot of ram". Amiga Elite has a number of new features - reverse thrusters to make docking a shade easier, medical supplies have been added to the items in which you can trade, there are five missions - taken from all the previous versions. Amiga Elite is the best yet. 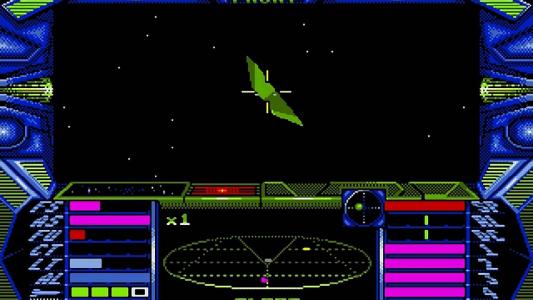