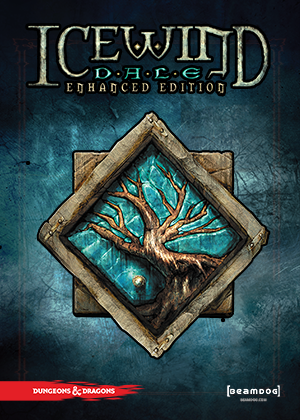 Evil stirs beneath the Spine of the World. In the northernmost reaches of the Forgotten Realms lies the region of icy tundra known as Icewind Dale. Journey deep into the Spine of the World mountains, a harsh and unforgiving territory settled by only the hardiest folk. Beneath the carven glaciers and mountainsides, you must confront an evil that schemes to wreak destruction upon the face of Faerûn. This is the world of Icewind Dale: Enhanced Edition. Originally released in 2000, Icewind Dale is a Dungeons & Dragons game set in Wizards of The Coast's legendary Forgotten Realms. This Enhanced Edition allows players to experience the epic adventure on PC, Mac, Linux, iPad, iPhone, and Android tablets and phones, and includes a host of new features: * Swords and Sorcery: Discover dozens of new spells and items, including new magic armor and weapons. * Blackguards and Wizard Slayers: Select from over 30 new kits and classes to create the perfect adventuring party. * Bring A Friend: Join your fellow adventurers in cooperative, cross-platform multiplayer games. * See The Unseen: Explore quest content cut from the original game, now finished and restored. * More to Experience: Icewind Dale: Enhanced Edition includes both the Heart of Winter and Trials of the Luremaster expansion packs.