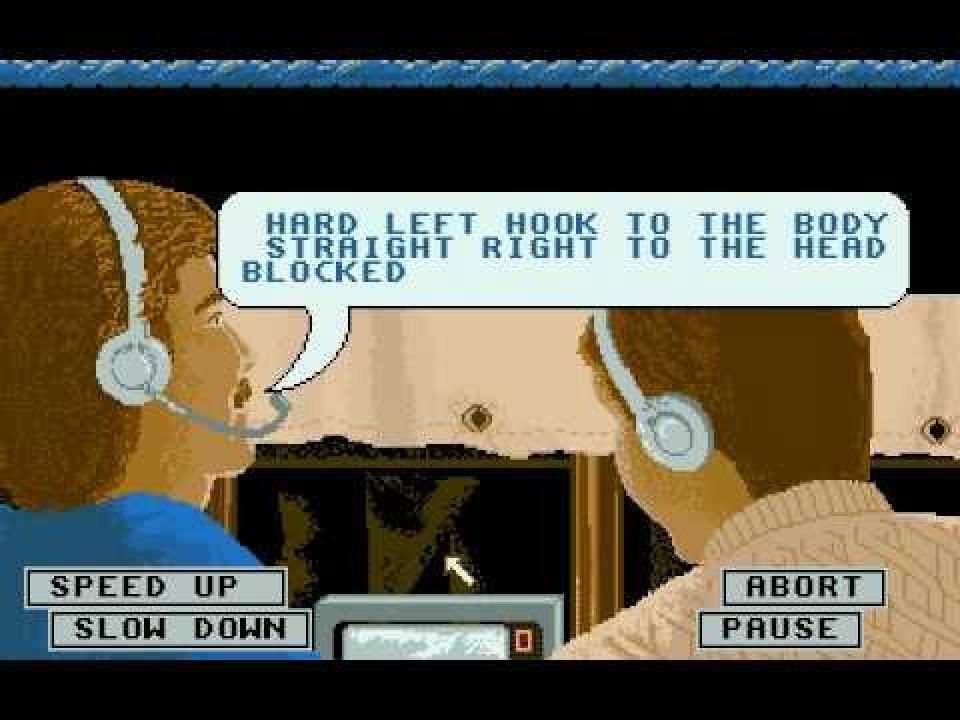 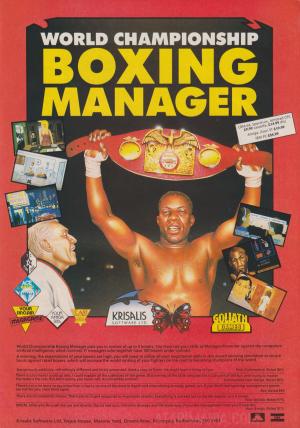 In World Championship Boxing Manager the player can develop the careers of aspiring heavyweight boxers. The option are selected through an icon-based system, representing the manager's office. Training the boxers involves deciding which areas they should work on, considering their strengths and weaknesses and any damage inflicted in previous fights, and those of their next opponent. There are 97 of these in the game, so reaching the top of the rankings will take about 15-20 fights. Choosing a beatable opponent who can get the fight as high up the Friday Night bill as possible, as well as negotiating the best financial deal and a mutually agreeable dare, are the main considerations. Two different governing bodies are included in the game, each with subtly different rules. A fight in one set of rules won't be viewed quite as significantly by the other. The matches are presented from the commentary box, with the two expert analysts exchanging textual descriptions of the key punches, and who is dong the best (a clue to how any judges’ decision would go). Before and during the fights the player can instruct the boxer as to what tactics to adopt. 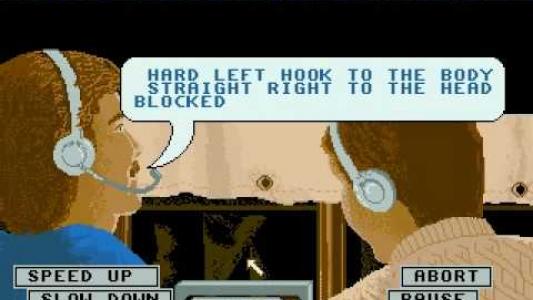