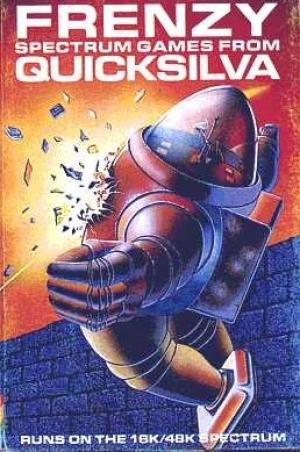 Like other imitations of the original Frenzy (sequel to Berzerk) both for the arcade platform, this one is another non-official version of the same game with a identical playability. The main goal is to survive the attack of robots that will fire in many directions and the limited time allowed to remain on a single scenario. If that time is over, an attack of an indestructible smiling flying disk is unleashed. This menace will fly at a velocity superior to the player's speed, making it almost virtually impossible to escape. The player is situated in a labyrinthine scenery with lethal walls, and on each scenario there are 4 possible exits on each location of the 4 cardinal points. Every time a player enters a level, the passageway he came from is blocked. The enemies consist of a single type of robot and their number increases the longer the game is played. The robots can only be destroyed if shot directly in the head.