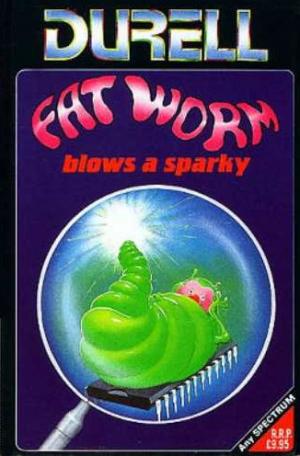 Fat Worm Blows a Sparky is a maze video game written by Julian Todd and published by Durell Software in 1986 for the ZX Spectrum. Todd wrote the game in the five months before going to university It is the only published game he developed. The player controls a microscopic worm being chased across the circuit board of a Sinclair Spectrum With a top-down view, Fat Worm features early use of solid vector graphics on the ZX Spectrum