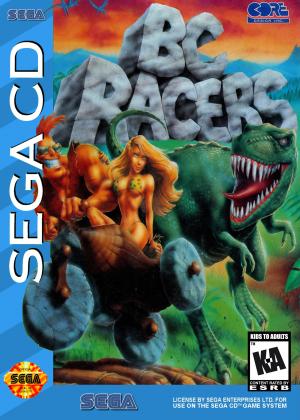 Millionaire playboy caveman Millstone Rockerfella arranges a wild 'n' wacky BC bike race, the winner of which receives the ULTIMATE BOULDERDASH BIKE. Cool 'n' crazy Cliff Ace has had his sunglasses set on a boulderdash bike since he was knee-high to a baby diplodocus, so he signs up for the race - taking his cave-babe Roxy along for the ride! Join them as they speed n' smash their way on a dino-powered dirtbike through 32 howlin' heats in a madcap, 3D cartoon race against a hardrock host of rocky racers!