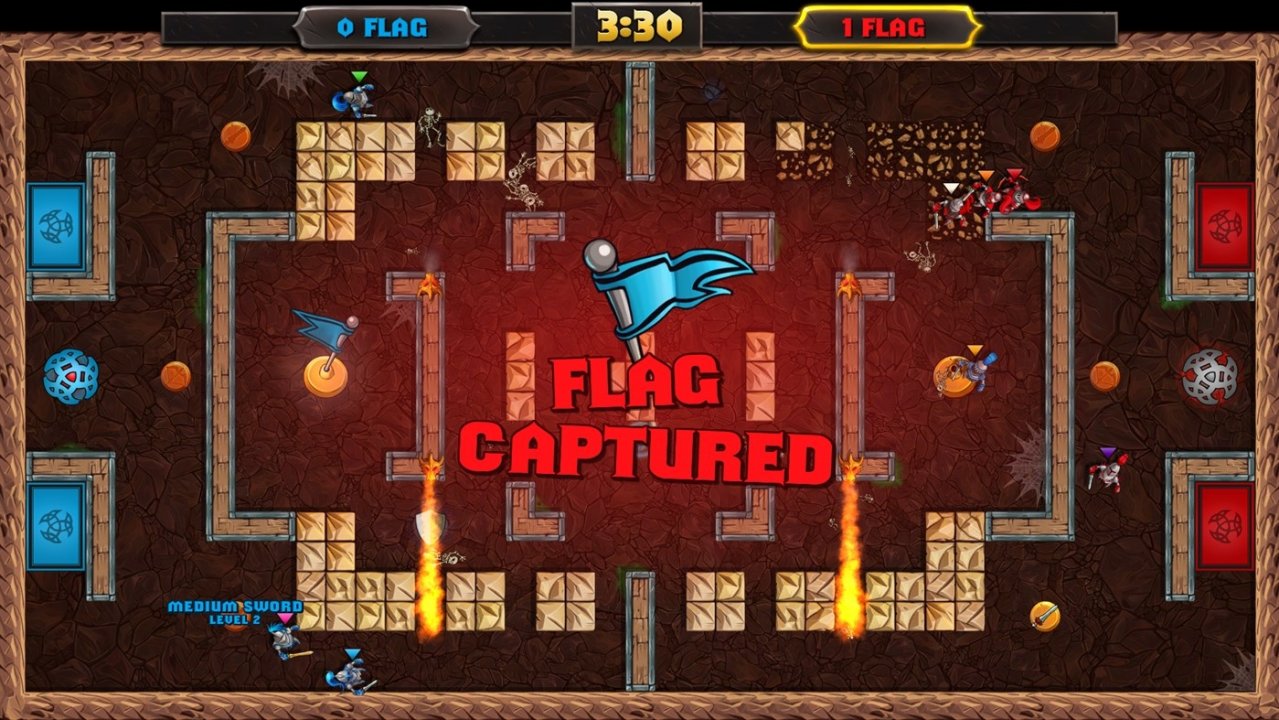 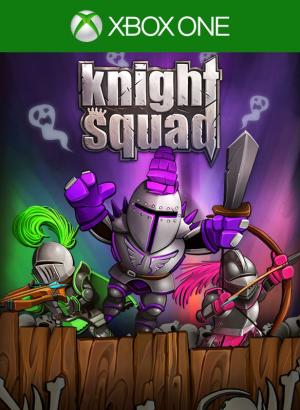 Knight Squad is a multiplayer party game where players battle in single screen arenas. It is a top-down arena battle game with various game modes and elements from games like Bomberman and Gauntlet. The multiplayer game modes are either free-for-all or team based. Team gameplay modes include Team Deathmatch, Domination, Crystal Rush, Capture the Flag, and Soccer. The free-for-all gameplay modes are Juggernaut, Capture the Grail, Gladiator, and Last Man Standing. Additional gameplay modes like "The Extra Chivalrous" are available as downloadable content, such as Jail Break, Arms Race, Soul Hunter, and Serial Killer. The main focus is multiplayer but there is also a single player mode with a challenge gauntlet where you fight enemies like snakes. The maps are shown with an overhead view and contain flags for the player's starting points, walls, breakable walls and weapon spawning points. Each of the weapon points always spawn the same power-ups, such as larger swords, shields or bow and arrows. Other power-ups randomly appear around the field, such as speed boots, laser gun and kamikaze. Players can select to play as different knights. The standard roster includes Storm, Smash, Shooter, Selfie, Skills, Shockwave, Solo, Savior, and Sparkles. Additional knights can be unlocked with certain achievements. Each knight has a winning pose that matches their name, for example Selfie takes a selfie, Solo plays a short air-guitar solo etc. 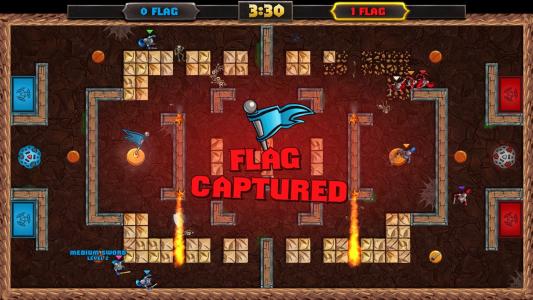