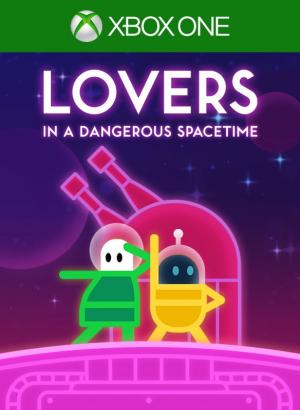 Lovers in a Dangerous Spacetime

Lovers in a Dangerous Spacetime is a co-op oriented game that features two players (or one player and an AI) that control a huge spaceship. The spaceship is controlled by each player controlling different parts simultaneously. The ships engines, weapons and shields have to be maintained at all times if players are to survive. All parts have their own location in the ship, and since the player only controls one character, running from and to parts of the ship is part of the experience. Level designs are random, so no level is the same. The goal of most levels is to rescue five captured creatures, but he forces of Anti-Love need to be defeated in order to do this. There are four campaigns in the game, each consisting of four levels. All campaigns end with a boss battle. The spaceship can be upgraded by finding and collecting powerful space-gems that all have their own unique upgrades. 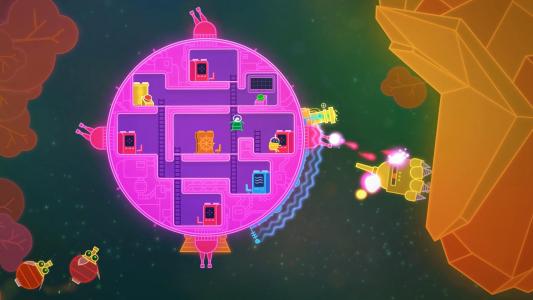