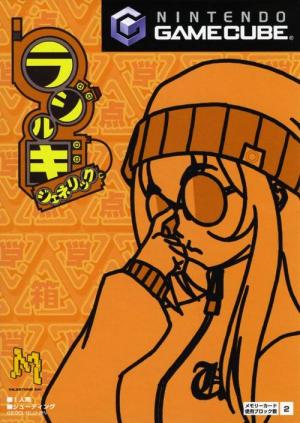 Radirgy Generic is a shoot 'em up video game developed by MileStone and released for the Sega NAOMI arcade platform in 2005. The story follows schoolgirl Shizuru Kamigusa in an age filled with radio waves which she is allergic to. She must save her father, who is developing a remedy for her sickness, from terrorists who have taken control of his company. The game features bullet hell gameplay elements and a distinct cel shaded graphical style. Radirgy Generic was ported in 2006 to the Dreamcast, PlayStation 2, and GameCube exclusively in Japan—of which the latter two featured exclusive gameplay modes. O~3 Entertainment planned to localize the GameCube version in North America under the title Radio Allergy, but the release was canceled. The game was later localized for the Wii in a compilation of MileStone shooters, Ultimate Shooting Collection. Critics found the game challenging and unique, but overall an average experimental shooter. Radirgy Generic has been followed by two titles, Radirgy Noa and Radirgy De Gojaru.