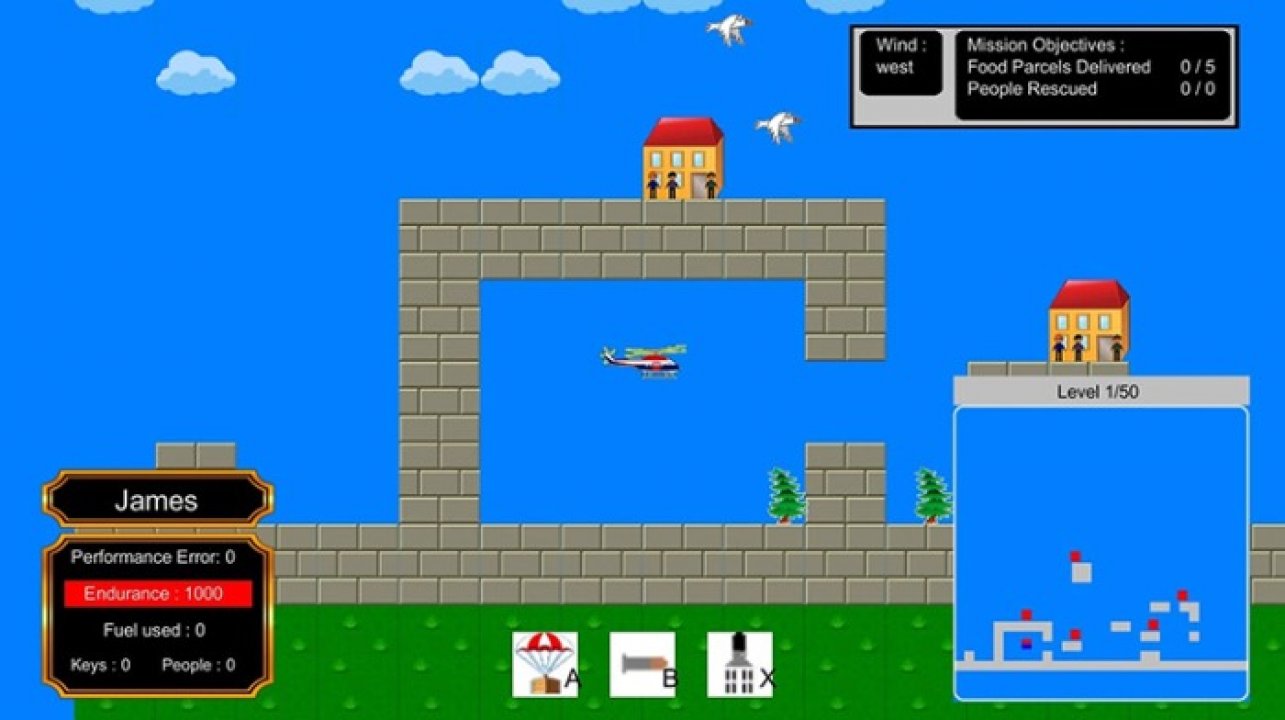 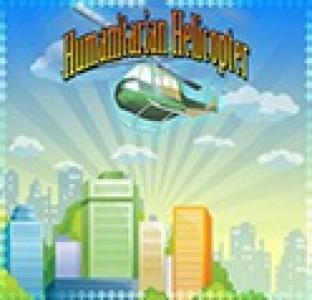 Two pilots, James and Ben, are on a quest to help survivors of earthquakes in California. Each of them learns to help instead of harm survivors. Having a helicopter the player rescues people by transporting them to survived houses, supplying additionally food for them. They overcome difficulties such as strong wind, wild animals willing to takeover over discharged food, closed gates to settlements. The aim of the game is to form only positive character traits. There are 50 levels, 3 modes of difficulties and 8 skills who can be employed to improve performance in the game. Game offers an option of off-TV play as well. 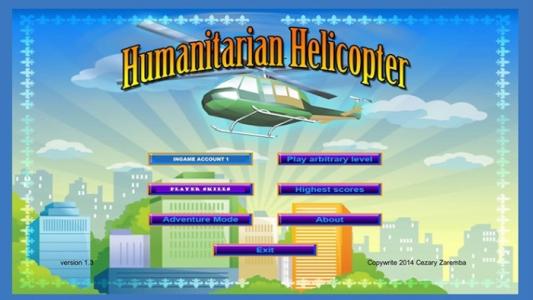 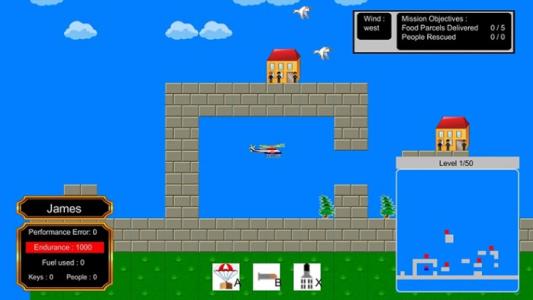