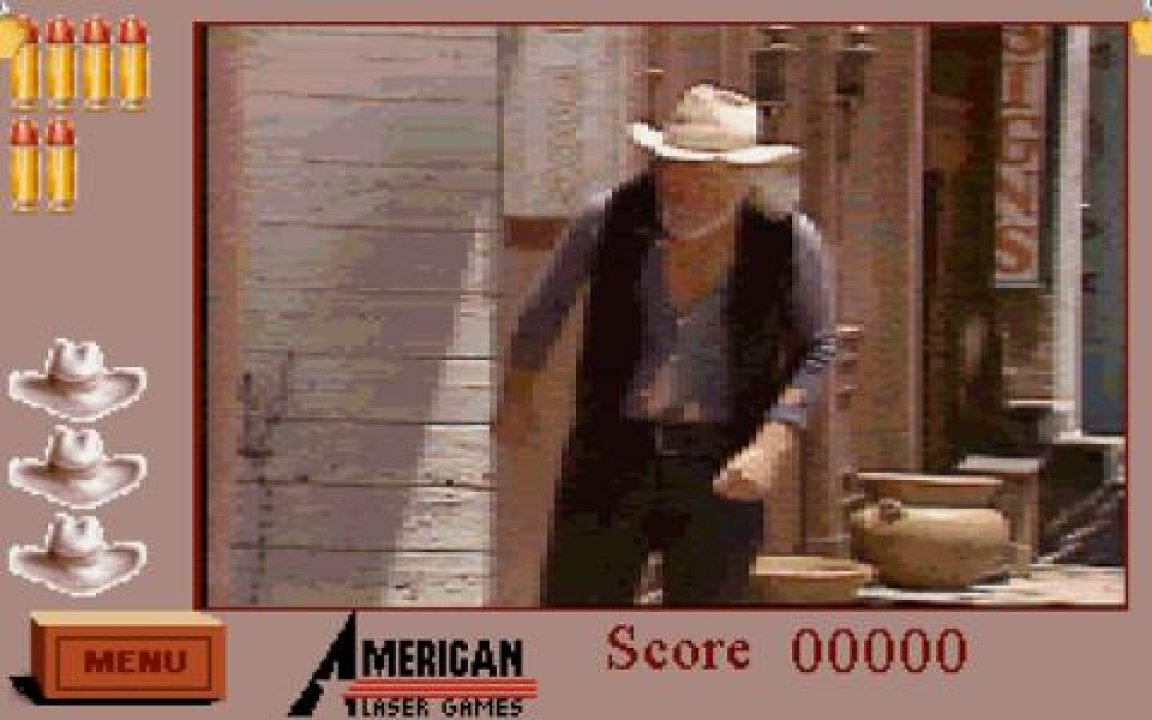 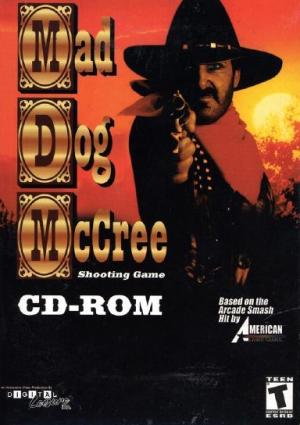 The player assumes the first-person role of the game's silent protagonist, a nameless individual addressed only as "stranger". The stranger rides into an unnamed Old West town and is approached by an elderly prospector, who appeals to him for help. He tells the stranger that the mayor and his daughter have been kidnapped by a gang of outlaws led by the notorious "Mad Dog" McCree, and when the sheriff tried to stop them, they locked him up in the jail. Two of the gang appear to silence the prospector, but the stranger shoots them. The prospector then tells him that One-Eyed Jack holds the keys to the jail, and is in the saloon. For the remainder of the game, the exact order of events depends on the player's decisions. The stranger enters the saloon, where One-Eyed Jack and his cohorts are making trouble. The stranger defeats them and takes the jail keys. He visits the jail and frees the sheriff. The stranger and sheriff set out to stop Mad Dog, but are ambushed by three of his gang outside the jail. They defeat them, but the sheriff is fatally shot. With his dying breaths, he tells the stranger that the map to Mad Dog's hideout is hidden in the local mine, and that he should consult the prospector before going there. The stranger sees that the bank is being robbed by Mad Dog's men. After he stops the robbery, a thankful boy advises him not to enter Mad Dog's hideout from the back entrance (sometimes, he'll advise not to take the front entrance). He finds the prospector has been tied up to a pile of live explosives by Mad Dog himself, and saves him by severing the fuse. After finding the map in the mine, the stranger follows the path to the hideout. He shoots out the smokestack, forcing Mad Dog's gang out as the hideout floods with smoke. He shoots them down as they come out and saves the mayor. However, McCree himself has escaped with the mayor's daughter, leaving behind a taunting note for the stranger. The stranger confronts Mad Dog in a final quick-draw showdown. Forewarned that Mad Dog wears a bulletproof vest, the stranger defeats him by shooting both his hands. The mayor then unties his daughter. As the townsfolk congratulate the stranger, Mad Dog recovers, and is seen riding a horse off into the distance 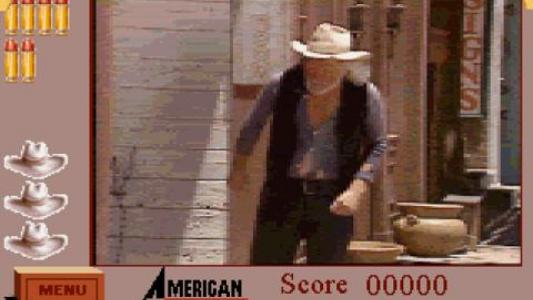