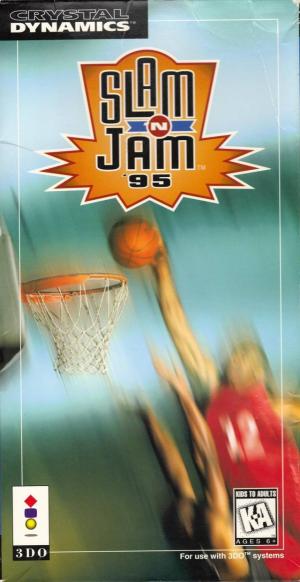 Slam 'N Jam '95 is a game similar in style to the arcade game Run & Gun and NBA Jam, with a five-on-five team game in a 3-D style perspective. The gameplay is geared towards more of an arcade feel rather than simulation and does not feature any NBA license but resembles actual teams and modeled after top players of the time. It also features the obligatory modes such as Exhibition, Playoffs and Season and the ability to let friends go head-to-head. Then CNN sportscaster Van Earl Wright lends his voice talents to the game for in game commentary.