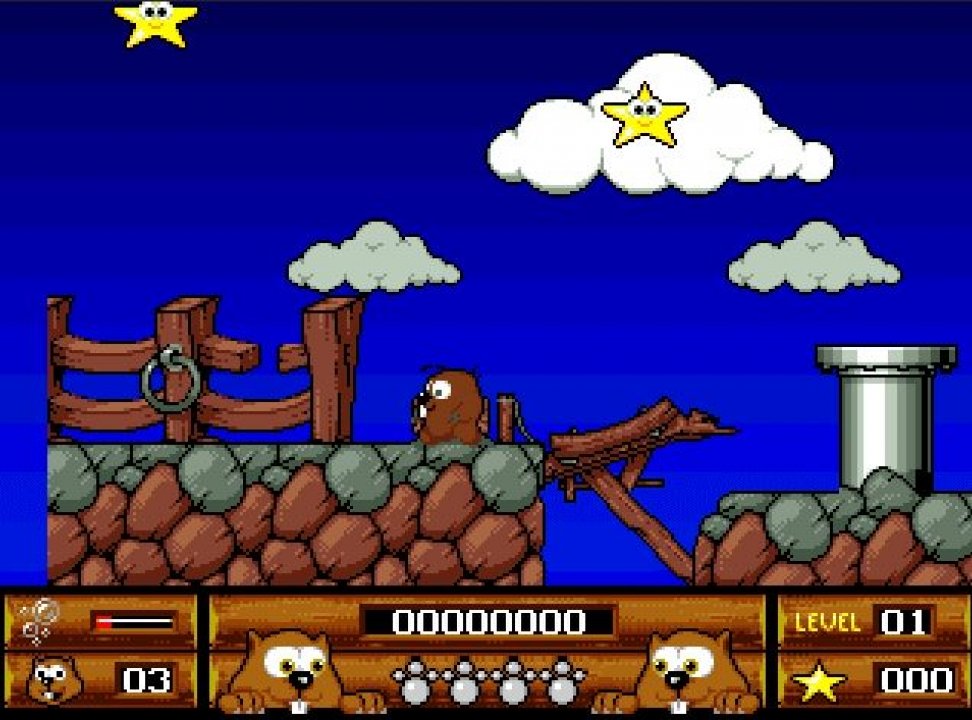 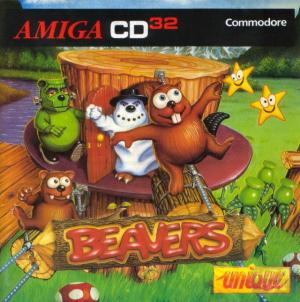 The Beavers Supergroup and their megastar leader Jethro have reached number one in the Charts and are a big hit in all of the forest discos. Unfortunately, the previous number one group, The Rappin' Rabbit Rockers, are very angry at the Beavers success. They put a plan into action. Jethro's wife was kidnapped and is being held hostage. She will not be released until the Beavers are disbanded and all their master tapes are destroyed. Jethro is determined not to let his Beaver comrades down. He sets off to rescue his kidnapped wife with the help of his children. You take the role of Jethro. The aim of the game is to make your way through each level of the game, overcoming the various Rabbits allies you will encounter. For every six levels of the game that you complete, you will be given a code so that he can continue his struggle at a later date. However, the Rabbits don't take too kindly to this, so they send their biggest and most dangerous followers to attack you just prior to him being given the code. To defeat these large beasts, use your spin attack to propel the missiles back at them. Watch out, as rocks are too heavy to bat with your tail and you will use an energy point in trying. If fighting is not enough, you must collect Charisma Stars to maintain your charisma that you will need to complete a level. There are also Life Stars which have the ability to give you another life, but to get these, you must sneak up on them or the will move out of your reach. To keep your helpful children from losing interest, you must find Raccoon Skin Hats to give as gifts to stay in their favor. There are switches serving different functions that need to be activated. Doors will have to be entered to locate secret rooms that may contain the stars or other valuable objects. There are Rubber Leaves that may be needed to access those hard to reach areas. Just try jumping on them. Sometimes to reach the top of a level, clouds may have to be used. Some are more solid than the others. Mushroom Seeds can be used to grow your own platform to access other platforms. You may come across machinery that activate lifts or send a jet of steam into the air. You will need a spanner to start these up. Its all up to you. [edit description] 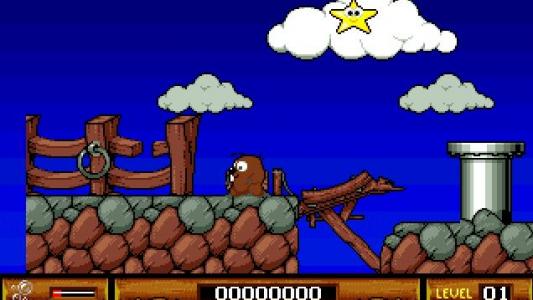