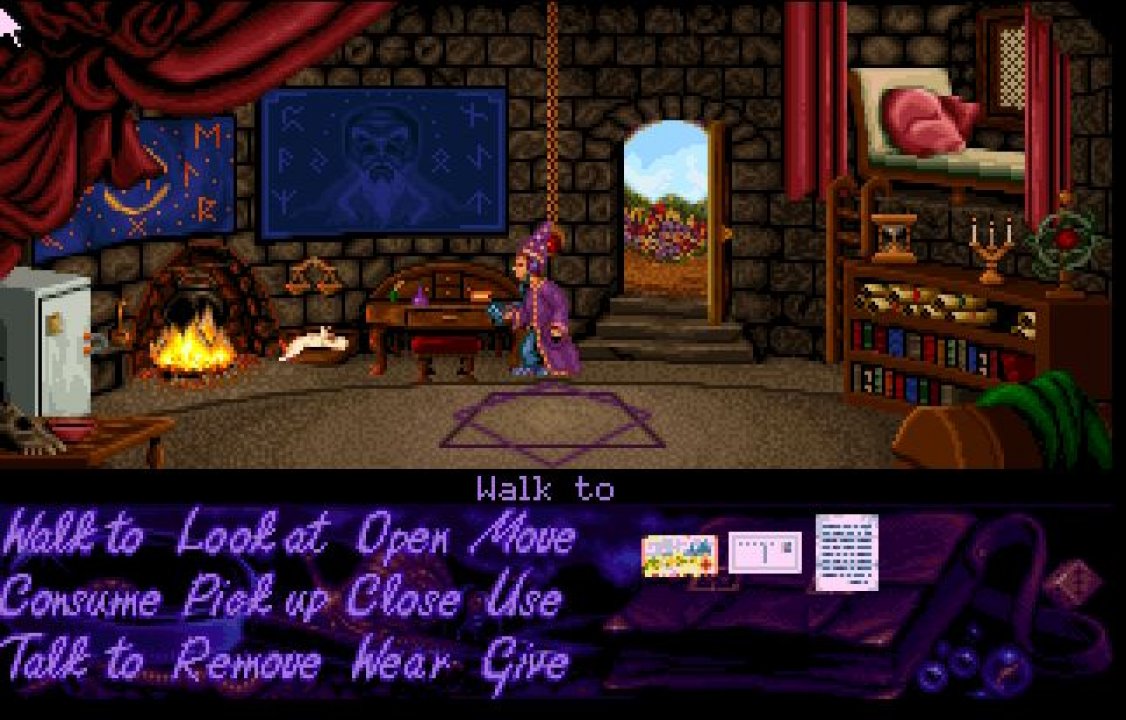 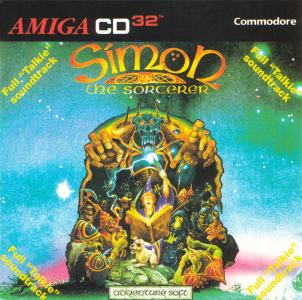 Simon is just an ordinary boy living in modern-day England. One day, his dog Chippy discovers a chest with a book inside, entitled Ye Olde Spellbooke. Without thinking too much, Simon throws the book on the floor; as a result, a portal opens, teleporting the boy and his dog into a fantasy world. Simon is promptly captured by goblins bent on cooking and eating him, but manages to escape. Soon he realizes that he must play the role of an apprentice sorcerer and rescue a benevolent wizard called Calypso from an evil one, aptly named Sordid. Simon the Sorcerer is a point-and-click adventure game very similar to contemporary LucasArts titles (in particular Monkey Island) in concept and gameplay. It features twelve verbs displayed on the screen at all times for interaction with the environment. Objects that can be interacted with are highlighted when the player hovers the mouse cursor over them. The puzzles are inventory-based: Simon will have to collect and carry a large amount of items in order to advance in the game. Almost every character comes with an extended dialogue tree to explore. Most of the conversation choices are used for a humorous effect and are not required to pursue. 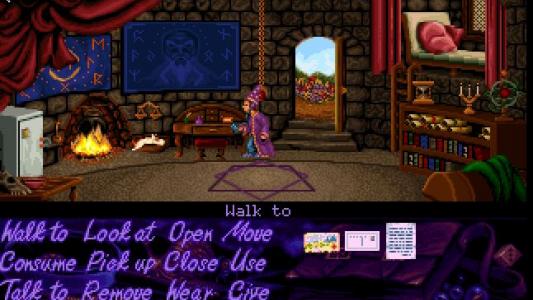