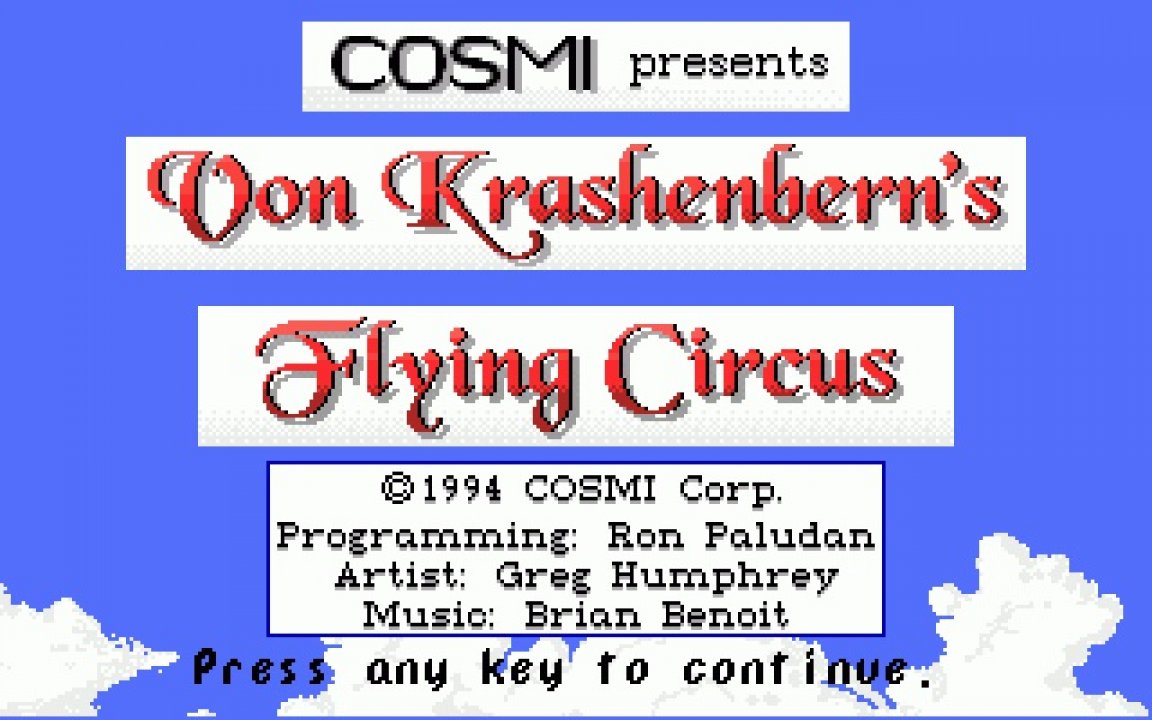 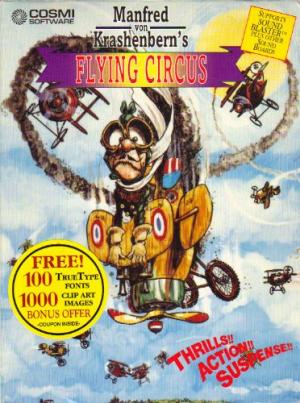 This side-view action-arcade style game puts you into the pilot seat of a World War I British fighter plane. You are up against Manfred Von Krashenbern and his Flying Circus. You will engage in various missions including patrolling the front, intercepting enemy bombers and zeppelins, attacking observation balloons, and bombing trains and enemy convoys far behind enemy lines. Your opposition includes enemy fighters patrolling over the front, enemy anti-aircraft guns, and a treacherous bird in a spiked helmet that tries to drop an anchor on your aircraft. This tongue-in-cheek view of World War I air combat is depicted with appropriately cartoonish graphics. 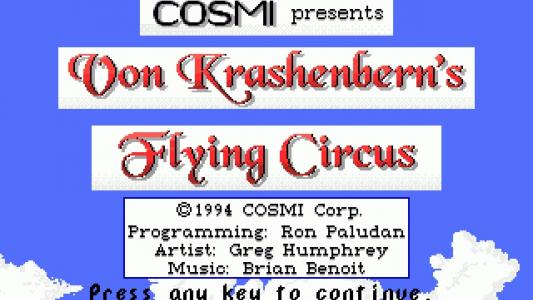